Diego Costa admits he’s excited with the interest from Atletico Madrid and would have cherished a return to his former club, having spent 2 years with English Premier League side Chelsea. 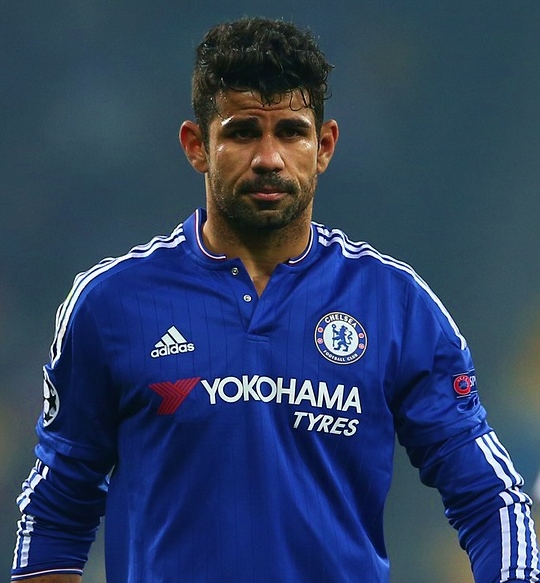 The Spaniard shot to fame after spearheading Rojiblancos to a memorable La Liga title win in 2014. He was previously linked with a move back to Vicente Calderon this summer.

Although the proposed transfer didn’t fall through, Costa described the reason as a matter of “details” but the 27-year-old was least expectant that Atleti coach Diego Simeone had the Spaniard in plans.

Costa, who never planned for an extended stay at Stamford Bridge told Movistar while on international duty with Spain:

“Everybody knows there was a possibility of going back to Atletico but it didn’t happen because of a few details.

“I thank the fans and Cholo (Simeone) for his faith. Now I’m at Chelsea, I’m happy there and I’ve started the season with them.

“I hope Atletico do well this season like last year and win titles. I wanted to go back, I won’t lie about it.”

Costa was also asked for his thoughts on rumors that the reason former Roja Coach Vicente Del Bosque left him out of Euro 2016 was because of his controversial character.

“If I didn’t go to the Euros because of my character, I will not play for the Seleccion anymore because I won’t change my way of playing.

“I am how I am, with my character, and that is what carries me to win matches.

“I only have words of thanks for Del Bosque. They didn’t call me up for the Euros in France, but I don’t ask for explanations.”

Earlier in the month the former Chelsea striker complained about having problems in the Premier League. Amid controversies surrounding his style of play and antics on the pitch, the Brazilian-born striker said:

Diego Costa: “I’m targeted here, by the referees, the people… if I do something, it’s totally different than if any other players do.”

Diego Costa: “It’s something I have to deal with and I ask god that these things don’t disturb me.”

In Garry’s opinion: “Forget this caricature that’s been created; why aren’t we celebrating Costa the footballer? It’s about time we changed the focus, especially in the moments when Costa is doing what he’s supposed to by winning Chelsea matches and points.

“Take the Spanish international striker out of Conte’s side, and we would be looking at Chelsea being not much better off than Arsenal and Leicester City right now. Two wins would have been draws; only because of Costa, Chelsea are five points to the good on two of the sides we are expecting to challenge them for a top-four spot this season. That’s a significant early-season gain.”

Costa is originally Brazilian and was naturalized through residence in his seven years in Spanish football.

Internationally, Costa played twice for Brazil in 2013, but later declared his desire to represent Spain, having been granted Spanish citizenship in September 2013.