Xavi Hernandez may have played for Real Madrid’s arch-rival Barcelona but he played in the Spanish national team with Casillas and was a close friend. The player witnessed the rift(s) which led to the goalkeeper parting ways with former club, Los Blancos. 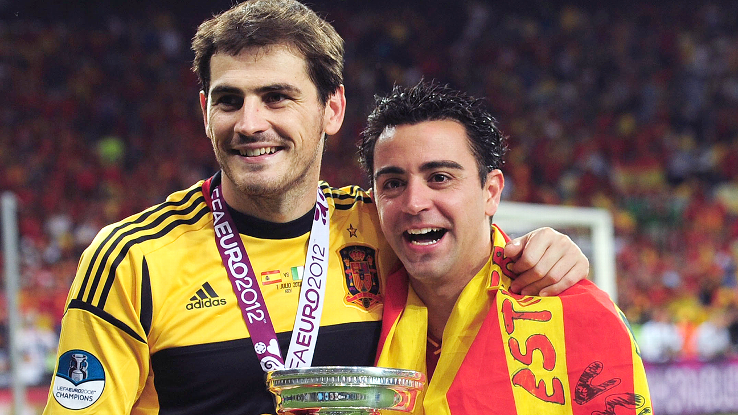 The veteran midfielder has laid blames on Real Madrid for “misunderstanding” Iker Casillas.

Xavi granted an interview with Jorge Valdano, a former Madrid player who was at one time, the Coach and Sporting Director. Jorge is now a presenter for BeIN Sports.

According to a newspaper report: “The Spanish national team player felt the goalkeeper was given a raw deal by Los Blancos, especially in light of the goalkeeper’s famous call to the midfielder and Carles Puyol after a controversial run of Clasicos and his exile under Jose Mourinho.”

The midfielder who currently plays for Al Saad: “Iker Casillas was misunderstood by Real Madrid.

“Even the call he made for the good of everyone, he was misinterpreted by madridismo [Madrid fans] or rather by ‘mourinhismo’ [referring to Mourinho].

He made some sincere remarks on his former club, Barcelona’s style of play which he said is non-negotiable.

“[On Barca’s style of play], Barca fans no longer understand other ways of playing, only that [Barca] are in control and create 15 or 20 chances per game.

“The fans don’t understand [other styles] anymore. To me, it’s now non-negotiable.”