It’s Jerusalem jubilee celebration and Israel is about to witness another miracle!

Those who trust in the lord are like Mount Zion, which cannot be moved, but abides forever. As the mountains surround Jerusalem, so the lord surrounds his people, from this time forth and forevermore (Psalm 125: 1-2). 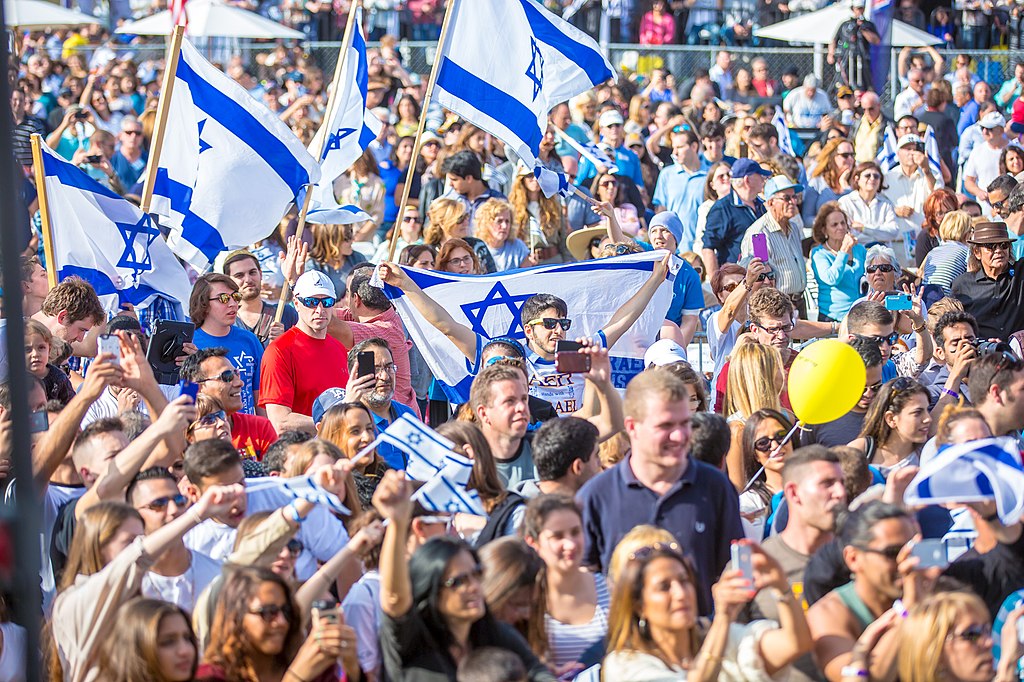 Do you care to send a congratulatory message to the Mayor of Jerusalem, and have your name on a special Jerusalem Jubilee 50th Congratulations book?

You can visit this website to join over 4,000 Christians around the world who have already sent their greetings.

Israel gained control of the entire city of Jerusalem with tears, sweat and blood, although the nation has been accused of planting fake graves in other spaces of the Muslim cemeteries around Waqf property which is located east and south of the Temple Mount. The warring parties have laid accusations in defense of their rights which we have no legal backing to discuss here.

However, in preparation for the ongoing jubilee celebrations, Israeli’s parliament proposed, for the first time, an establishment of a government body which will be responsible for strengthening the link between the Jewish State and its holiest site, The Temple Mount.

This political move angered most Palestinian politicians who had believed and relied on the UN’s efforts in erasing this “Jewish connection,” for peace.

In addition, a series of UNESCO Resolutions which were passed last year also made efforts to break the ties between Judaism and most of its holy sites by trying to rename those locations while blaming Israel for all conflicts around the region.

Israeli ambassador to UNESCO, Carmel Shama, released a statement in April, 2016, saying, “Even if UNESCO passes dozens of resolutions, and decides to continue passing thousands more, Jerusalem will always remain as part of the capital of Israel and the Jewish people.

Shama added: “As you continue on this path of incitement, lies and terror you will be sending UNESCO down a path towards irrelevance.”

The resolution referred to temple Mount as the Al-Aqsa Mosque or Al-Haram Al Sharif. No mention was made of the Jewish claim to the site.

Israel was tagged “the occupying power” while the Western Wall was referred to as Al-Buraq Plaza.

The UNESCO Resolution demanded that Israel should grant Muslims access to the Temple Mount, blaming Netanyahu’s government for “taking illegal measures against the freedom of worship” at a location it called “the Muslim holy site of worship.”

It’s worth noting that Israel banned Jews from praying on the Temple Mount since the 6-day war, when it handed control of the site to the Waqt (Muslim authority). UNESCO ordered a return to the status quo.

The agreement between Israel and Waqf reportedly allowed Jews to visit the site. However, they were not allowed to observe prayers there.

Miri Regev [Israeli Culture Minister] and Ze’ev Elkin [Jerusalem Minister] angered Palestinians when they recently proposed a new foundation which they said will help promote the Jewish connection to the Temple Mount.

A total of $550,000 yearly budget was mapped out as an addition to the Western Wall Heritage Fund which will facilitate another project, the Temple Mount Heritage Foundation. It will be responsible for “research, information and advocacy” about the Jewish connection to the site, according to Breaking Israel News.

“The Al Aqsa Mosque and the Holy Sanctuary (The Dome of the Rock), and all of its surrounding land, are holy to Islam and they are all an Islamic Mosque,” said Ahmad Tibi of Joint Arab List, in protest at the Knesset hearing.

MK Yehudah Glick (Likud) is an advocate of universal prayer at the site. He was excited for the new agreement after many years of activism.

In his words: “After many long months, I am pleased that our efforts have finally produced fruit.

“This is a good time, and thank God it has finally arrived, albeit fifty years late (actually 2,000 years late). The Israeli government has recognized that the Temple Mount  is our national site.”

The move comes as Israel is about to celebrate Jerusalem’s Jubilee, the 50th anniversary of the IDF conquering the city in its entirety in the 1967 six day war. At a cabinet meeting last week, Regev unveiled the logo for the occasion, explaining its significance.

Talking at a cabinet meeting about Israel’s victory in 1967, Jerusalem’s Jubilee celebration and the logo for the occasion, Regev said last week, “It tells the true story of Jerusalem.

“The base of the digit 5 is a harp, reminiscent of David, King of Israel, who founded Jerusalem as our eternal capital 3,000 years ago. The head of the 5 is a lion – the symbol of the modern city of Jerusalem.”

Some critics were against the logo’s wordings which described the event as Jerusalem’s liberation, stressing that “unification” should have been the right word.

Prime Minister Benjamin Netanyahu said in a statement on Jerusalem Day which was marked in May, “Fifty years ago we returned to the heart of our capital and our country, and 50 years ago we did not conquer—we liberated.

“With the bravery of our soldiers and with the love of our people, Jerusalem was reunited and so, today, I say to the world with a loud and clear voice—Jerusalem was and always will be the capital of Israel. The Temple Mount and the Western Wall will always remain under Israeli sovereignty.”

“The fact that Jerusalem was liberated should be above all political dispute,” Regev said to the ministers. “I am saddened that any Israeli, whether right or left, is bothered by this.

“The Jewish nation’s bonds to Jerusalem are perhaps the deepest there have ever been in history between a people and a city. If we are unable to tell ourselves that we have liberated Jerusalem from generations of foreign conquest, how can we complain against the rest of the world for not recognizing our intrinsic connections to the city?”

According to the Golden Report, documents which were found in Bethlehem after 1967 show the Arabs were in confidence that they would drive the Jews into the sea.

“First Saturday then Sunday,” the invaders were quoted as saying, meaning they’d first kill the Jews, then massacre all Christians and share their women among themselves.

France, German, Sweden and the United States of America are among the countries which have shown intolerance towards Muslim migrants, and the reason is not far-fetched from an alleged culture of violence.

Earlier this year, US President Donald Trump took a bold step against seven blacklisted Muslim countries by signing an executive order which placed travel bans on citizens of those countries; he further provoked the Arab world by giving total backing to Israel’s cause.

Mr. Trump said he was focused on fulfilling his campaign promise to Netanyahu by relocating the US embassy from Tel Aviv to Jerusalem.

Despite a huge outcry against Muslimophobia, the world knows there are divisions in the Arab world, and among Muslims, too. We’d therefore, be committing fallacy of generalized conclusion by seeing anyone who calls the name of Allah as a “potential terrorist.”

America’s action against some Muslim countries can be justified from past and recent “unfriendly” behaviors. France recently placed a ban on burqa as a precautionary measure, or so the government claimed.