Mariah Carey’s engagement to James Packer the Australian business mogul could be the best thing that ever happened in her life. Marrying a billionaire comes with luxury, of course, not minding if there is, has been or will be any kind of abuse.

‘Some girls would rather cry in the arms of a wealthy man than be happy in a poor man’s home.’

Recently, the Hero singer granted an interview to Sky News and was asked an unexpected question about her US Presidential election candidates for 2016. The political question threw her off balance because she’s just a singer and not a politician so her response was: “I’d like to abstain from that question.” 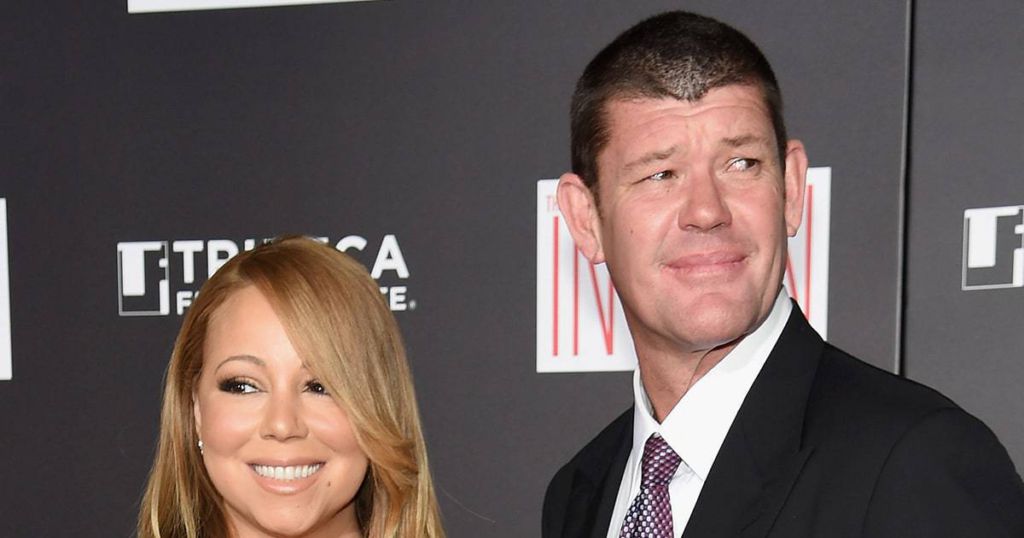 There were two important things on her mind: promoting her Sweet Sweet Fantasy tour and showing of her very expensive engagement ring.

Twitter users responded to the pricey ring as follows:

Mariah Carey getting into a car post-engagement is the most beautiful thing I’ve ever seen. “What?  This old thing?”

The interview with Sky News lasted for about 4 minutes and throughout the duration,  Mimi prominently placed her left hand in direct view from the camera. The The worth of the 35-carat engagement is estimated to be about a few mansions. Amazing!

Mariah Carey’s second ex-husband Nick Cannon has remained secretive with their divorce. Both has shared parenting responsibilities to their two kids from the broken marriage – Moroccan and Monroe.

To prove there’s no more drama between him and Mariah, Nick Cannon sent a Mother’s Day message to the Hero singer on March 10:

“Gotta represent for the Mother of my children. She is such a wonderful, thoughtful, festive, loving and nurturing Soul. I will forever be in debt to you for blessing me and the rest of the world with Roc & Roe.”

Rumors have it that both stars aren’t going on well with each other but they’re trying so hard to pretend. Below is Nick’s advice to the media.

After all efforts Nick seem to be making for the union, it’s clear Mariah doesn’t give a hoot about him. Not even now she’s hooked up with a billionaire husband-to-be. Or considering all that she lost to Nick in property and cash after the ‘bitter’ divorce. Who would anyways?

They have been lying to the public and there are proofs.

In 2015 TMZ reported frm it’s sources that … if Nick violates the divorce confidentiality clause he has to pay her a $250,000 penalty, but if she spills the beans she has to pay him $500K.

And the prenup makes it clear … Mariah came into the marriage with a boatload of money … Nick, not so much.

He’s done well since then, making millions on his various projects, but when they married he ended up buying her engagement ring for $500,000 but took a loan out for $470K. The ring was reportedly worth $2.5 mil, but that’s not what he paid.

Mariah Carey went crazy when it went public during the settlement issues, that Nick Cannon signed an agreement with a top U.S. company to write a book about everything that happened in the marriage. That contract came after Mariah Carey rejected a $30million divorce demand from Nick Cannon.

The 6-year-old marriage divorce settlement ended at $15million for Nick to shut up and withdraw from exposing Mariah’s multitude of secrets which include – drug use, strange eating habits, her put-downs of other artists, and her sexual proclivities. These would have surely destroyed her life and career. As long as the secrets remain undisclosed, Mimi will continue to be a sweet angel.

Though the rainy days seem to be over, Mariah, on the other hand, hasn’t let go of the painful divorce. She surely has her own grudges against Nick.

Recently, Mimi released a song called “Infinity” and speculations have it that the solo may be a dig at Nick. Judging from the lyrics: “could it be that you just lost the best you ever had” and “boy you actin’ so corny like Fritos,” it won’t be so wrong for assumptions to be right.

Nick Cannon is a host, actor, writer, producer, DJ, philanthropist and an entrepreneur. Nick has lived a lonely life since the separation. He isn’t dating yet, or so he said: “I haven’t figured it out yet.”

The America’s Got Talent host said: “It’s funny because my next film that I’m writing is all about online dating so I’m learning all about it.”

“It’s so intriguing to me but I have yet jump into that pool. But it’s the new wave so I’m not against it.”