Aaron Carter must be one of those who hate to see young people blamed for pressures of growing into adulthood. The 28-year-old musician considered it an act of kindness to lend a helping hand through words of advice to Justin Bieber.

Both are similar in a lot of ways. There music and lives are comparable especially for the fact that both stars had a big break in music at a very young age so Aaron is more experienced with pressures life and fame.

Aaron Carter became an international pop sensation at the age of 10 and went on to release several hit singles and multi-platinum albums as well as appear in film, television and on Broadway.

At a Billboard interview way back in November 2015, Bieber’s lawyer Aaron Rosenberg was asked, “How did Bieber not turn into Aaron Carter? What went right?”

Rosenberg gave his answers as “family, faith, friends, fans and the formula”.

But Carter personally re-acted to the question and answer by tweeting: “Can’t knock this but watch what YOUR people say/answer @justinbieber all questions are approved I’m not an idiot.”

Whether that was intended to be a mockery, Aaron knew better. And he stepped up to it. He may have had his own problems but Bieber isn’t Aaron anyways. The bond between the two musicians matters most.

For Aaron Carter, “Justin Bieber might talk about that, but bro, let me tell you, man,” he begins. “When you lose everything, and you’re in debt $5 million, and you have nobody wanting to believe in you — that’s a phoenix rising from the ashes.”

In Aaron’s interview with Complex, he referred to the mockery earlier from Bieber’s lawyer by asking, “Justin Bieber, can I ask you a question? How did I turn out? Do you pay attention? Maybe you should open your eyes. Or wear my glasses, ’cause they’re really dope.”

Carter’s home-coming to the music world means bye-bye to debts, hopefully. It’s been a long time coming after enduring some financial troubles over the past decade. The excited musician has finally been able to find his calling again.

Carter believes that whatever is the outcome of his upcoming album, he won’t lose hope on life or his career. The one good thing about his return to music is that music is in him and he can’t do without it.

“There would never be any failure. Because I did it myself and I’m proud of what I’ve done,” he proclaims. “I have a statement that I’ve come up with: I’d rather do what I feel is right — or, what’s the statement? I’d rather do what feels right for me and fail than do what everyone expects me to do and succeed temporarily. Because at the end of the day, you’re left with yourself. You see?”

Aaron Carter do have relationship problems just like Justin Bieber, they both cry for love. After Hillary Duff’s split with her husband in 2014, Aaron Carter who famously dated the  actress/singer in 2000 when they were just 13 years old posted on twitter:

“I’ll spend the rest of my life trying to better myself to get back to her. I don’t care what ANY of you think.”

Aaron continued: “Don’t be that stupid douche that loses the love of your life forever..
Like me…” 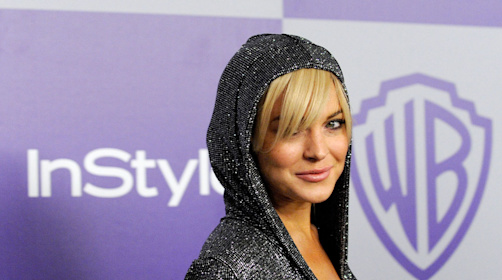 In 2002, Carter had a difficult time falling in love with Lindsay Lohan after Duff but it’s clear the love of his life remains the same – Hillary Duff.

He currently has a huge neck tattoo but when asked about the ink, he said:

“I’m always chasing after love” . “And that’s why I got ‘love’ tattooed on my jugular, you know what I mean?”

One thought on “Aaron Carter’s Advice to Justin Bieber.”