The celebrity feud between Taylor Swift and Katy Perry is more likely to remain unsettled for a few more years, if not forever. Because we see no “apologies” in sight and there’s a reason for it. 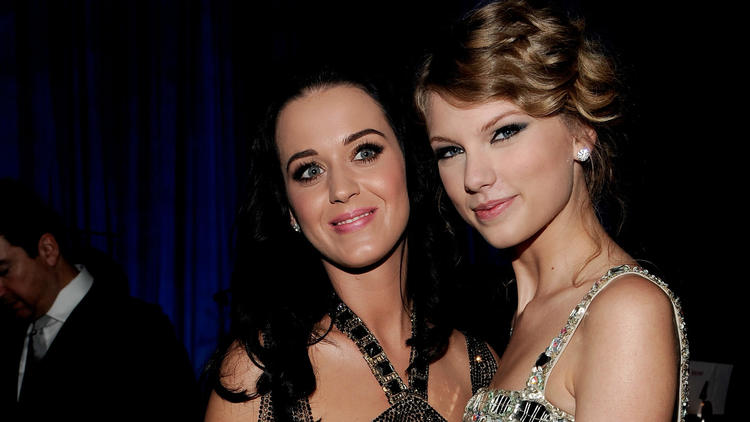 It all started with Tay telling the true story behind her lyrics in the song titled “Bad Blood” from the 1989 album. She talked about a frienemy in the industry who tried to stall her success during a tour.

Although the 26-year-old beauty failed to call out any name, she gave out a pointer after tweeting “the Regina George in sheep’s clothing”.

That was enough fact for fans to pinpoint Katy Perry as the friend in question. The two friends subsequently lost a solid friendship that was built over the years.

Coincidentally, Calvin Harris helped clarify that the lyrics in Tay’s diss track was about Kat when he tweeted after splitting from the accused,… “I know you’re off tour and you need someone new to try and bury like Katy [Perry] ETC but I’m not that guy …”

Although Katy Perry has revealed there’s a chance she could collaborate with nemesis Taylor Swift “if she tenders an apology”, there are rumors making rounds that both will never perform together.

“Why would Taylor want to collaborate with someone whose latest single, “Rise,” didn’t even break the Top 10?” a source tells HollywoodLife.com EXCLUSIVELY. “Taylor is a ten time Grammy winner. Katy has zero Grammys.”

The analysis from this insider says it all.

Meanwhile, looking at it from the “ego” side, it seems Kat and Tay are on opposite sides because the offended is yet to win a Grammy but that would be insane to judge a musician by her awards.

Perry has received many awards, including four Guinness World Records, and been included in the Forbes list of “Top-Earning Women In Music” (2011–15). Her estimated net worth as of 2016 is $125 million. She is one of the best-selling musical artists of all time, having sold 100 million records globally throughout her career.

It’s time for critics to understand that Kat is not arguing from the weak side. She knows her worth, and if Taylor has “bad mouthed” a once good friend, why is it hard to let go of her ego and apologize? Even if they don’t need to have a collaboration, does winning awards make one a saint?

One thought on “Why Taylor Swift Is Not Interested In Katy Perry Collaboration.”