The Turkish native was reportedly detained after his passport was canceled by the embassy in what appears to be a political measure against Kanter, who has been an outspoken critic of President Recep Tayyip Erdogan and Gulen’s supporter.

Media reports confirm the 25-year-old made a brief stop in Indonesia for his Enes Kanter Light Foundation tour.

Read: NBA Player Disowned By Family In Turkey, Changed His Name In Support Of Fethullah Gulen.

The Switzerland-born pro NBA star was later released for his flight en route to London.

I’m being held at Romanian airport by Police!!

Kanter’s passport seizure seem to be a warning from the Turkish embassy because the Gulen faithful who was disowned by his family in Turkey, refers to Erdogan as “the Hitler of our century” and has even called him a “dictator.”

The basketball icon isn’t fazed by his embassy’s shake-up. His recent tweets shows pictures of him wearing a black shirt with the words This Is Why We Play written on it.

He looks excited in the company of some airport security staff, and of course, a few tearfully happy emojis showed up to celebrate with the survivor.

As a Turkish national team at EuroBasket 2011 competitions held in Lithuania, Kanter scored an average 9.6 points and 3.9 rebounds, NBA.com recorded.

He also represented the country at the Turkish U18 national team in 2009 and was named the championship’s MVP after averaging 18.6 points and a tournament-best 16.4 rebounds, leading Turkey to the bronze medal at the European Championships in France.

Kanter was named Best Player and Best Center at the 2009 European Championships by eurobasket.com.

His other awards include a bronze medal he won in 2008 at the European Championships’ U16 division. 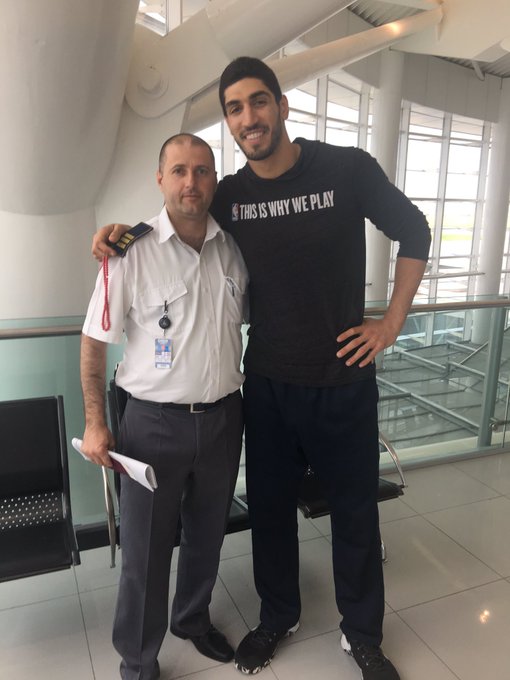 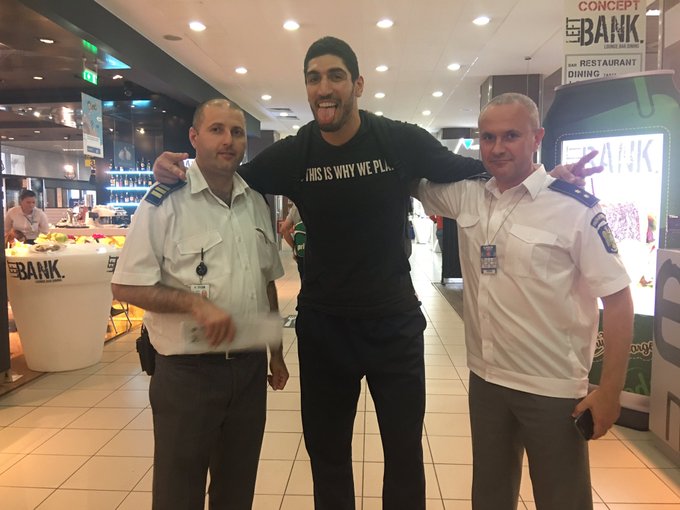