Drones serve different purposes although they’re synonymous with military airstrikes, border security, deliveries and in some cases, used by civilians who love controlling flying objects in the air.

Companies like BBC, Amazon, UPS and BT, among a host of others, have applied the use of drones for an effective and efficient service delivery.

The administration of Hangzhou Airport in eastern China announced its decision to employ drone services in order to exercise a strict control over civil drones which has become a nuisance around airports within the country.

According to a report from Xinhua News Agency, the use of this new technology will improve aircraft security.

“I am convinced that the domestic use of drones to conduct surveillance and collect other information will have a broad and significant impact on the everyday lives of millions of Americans,” Sen. Patrick Leahy, chairman of a Senate Judiciary Committee looking into drone legislation, said in a 2013 CNN report.

Corroborating Leahy’s argument on the use of drones for security purposes, Hangzhou’s airport administration in the eastern part of China says it will use a high-tech solution from unmanned aerial vehicles (UAV) to achieve this purpose.

The report from China’s state-run news agency confirmed this technology which is also known as an “Electronic Wall,” will help relay communication between an UAV and its operator whenever it identifies a drone within range.

Any drone which gets closer than ten kilometers from the airport, will trigger an alert, Xinhua wrote.

In an event where a drone comes within the allowed distance, it’ll be instantly deactivated. As a result, the UAV will go offline and will be unable to return to its launcher or take-off spot.

Over the past few years, local reports in China recorded a series of close encounters between drones and aircrafts near airports. This development poses a great danger to planes during take-off and landing.

A viral video surfaced online earlier in April, 2017, when a civil drone appeared dangerously close to a landing plane in an attempt to take pictures at one of China’s airports. 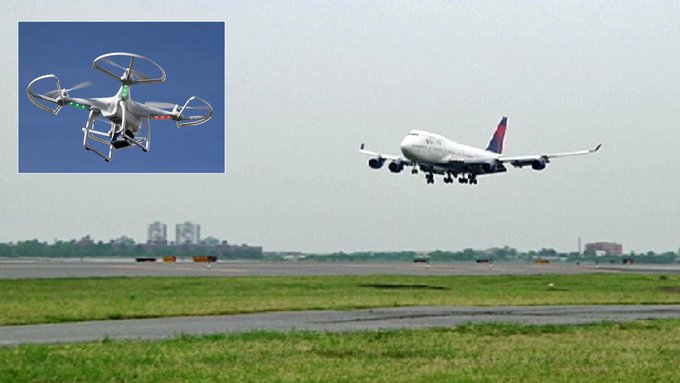 Many young Chinese people, including adults, take flying drone as a hobby despite the dangers.

As a security measure, new laws and regulations against use of drones by civilians in China, stipulates that all UAVs weighing more than 250 grams should be registered. The new legislation takes effect on June 1, 2017. 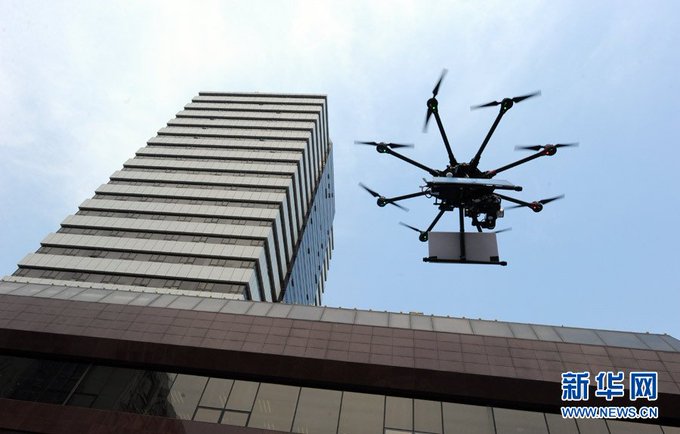 #Drones to be banned near South China’s Guangzhou airportshttp://bit.ly/2foWqfP