A heavily drunk soldier had one good reason to put a tree under arrest in Pakistan. The event occurred in far back 1898, and funny enough, the accused tree is still under arrest even now. Crazy world, isn’t it?

Image shows the trespassing tree that was put under arrest by a British soldier.

The arresting officer was a Brit named James Squid. His “accused” was and is a tree in Khyber Rifles Officers Mess at Landi Kotal.

James allegedly saw the old banyan tree lurching towards him, and in a state of drunkenness, ordered a soldier to arrest it immediately. The tree remains on lock-down in the army cantonment until this day.

No criminal court hearings were observed as the rule of law demands. The tree was simply court marshaled with no access to a legal practitioner or a chance to defend his case in an impartial law court, a case of being “guilty until proven innocent”.
As no eyewitness came forward to plead “his case”, the old banyan tree still lives in hope that he’ll be vindicated now or in the after life.
However, he’ll continue to let the world know he’s innocent with a board sign that reads: “I am under arrest”.
One evening a British officer, heavily drunk, thought that I was moving from my original location and ordered Mess Sergeant to arrest me. Since then I am under arrest. 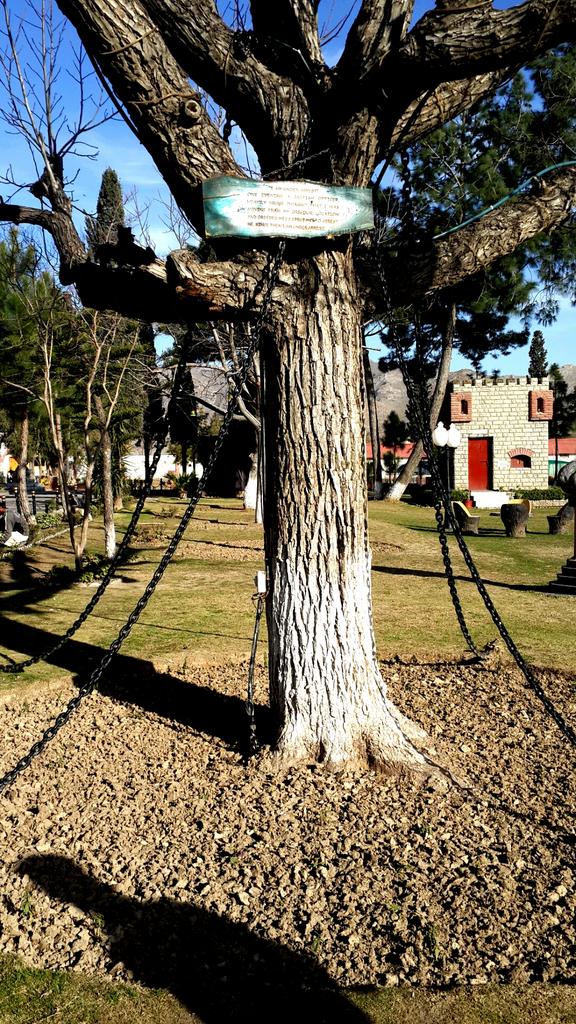 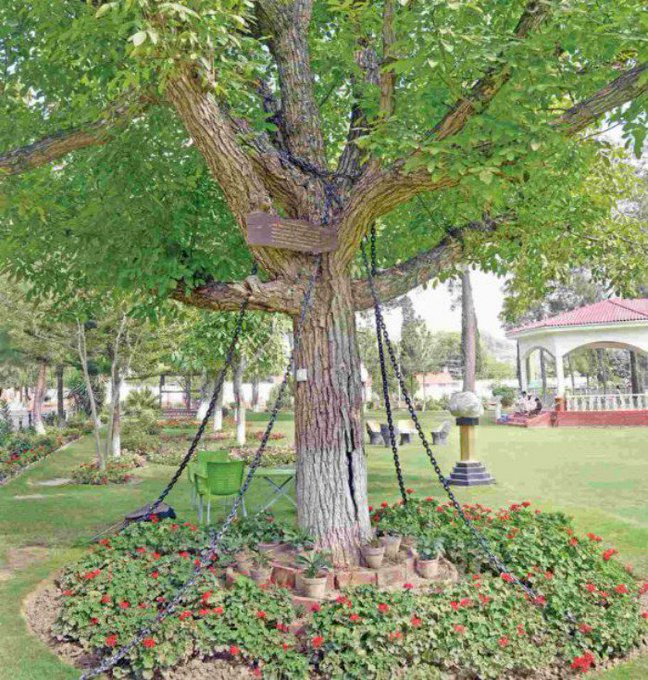 Meanwhile in #Pakistan,there’s a banyan tree that has been under arrest for nearly 120 Years-http://bit.ly/2bHV4Qm