Zhang Yimou, one of China’s most respected movie directors, took the world by storm with his release of “The Great Wall” notwithstanding severe criticisms from Asian-Americans.

The award-winning director and actor granted Channel News Asia an interview aimed at addressing some unnecessary objections on his use of Matt Damon in the blockbuster movie which centered on mysteries surrounding China’s construction of the Great Wall.

Damon’s role in the action-fantasy epic sparked arguments among some Asian-Americans who said it should have gone to an Asian instead of a foreigner.

However, the 65-year-old producer says Damon’s role was meant to be played by a Westerner.

In his words: “Matt plays a foreign mercenary who comes to China to steal gun powder, gets captured and was to be executed. But in the end, he isn’t and ends up joining the fight.

“His character has a lot of growth…and his relationship with the Chinese also changes,” he said in Mandarin.

“In fact, the movie is based on the theme of trust.

“He actually uses Mandarin to say the word ‘trust’ and he says it very well. And up to our Chinese standards,” he continued with a laugh.

“That’s basically the story and plot so it’s only natural that we required a Westerner to play the part.”

The Great Wall is set in the Northern Song Dynasty, and featured Matt Damon who ends up fighting alongside the Chinese army as they defend the Great Wall of China against a horde of monsters called Taotie.

Damon, 46, also chipped in something to clear the air of controversy surrounding his part in the movie.  The Bourne Identity actor claims there’s a world of difference between whitewashing and his role in The Great Wall.

“That whole idea of whitewashing, I take that very seriously,” Damon said.

“When I think of whitewashing I think Chuck Connors playing Geronimo, that’s whitewashing and that’s unacceptable,” he said, making reference to a Caucasian actor who played the Native American chief in a 1962 Western.

He added that the negative comments over his casting would subside “once people see that it’s a monster movie and it’s a historical fantasy and I didn’t take a role away from a Chinese actor … it wasn’t altered because of me in any way.”

Meanwhile, Andy Lau, who also played a role in the movie said there’s no need for such arguments. He believes the Great Wall was produced as a quality Chinese movie made for the Western audience. 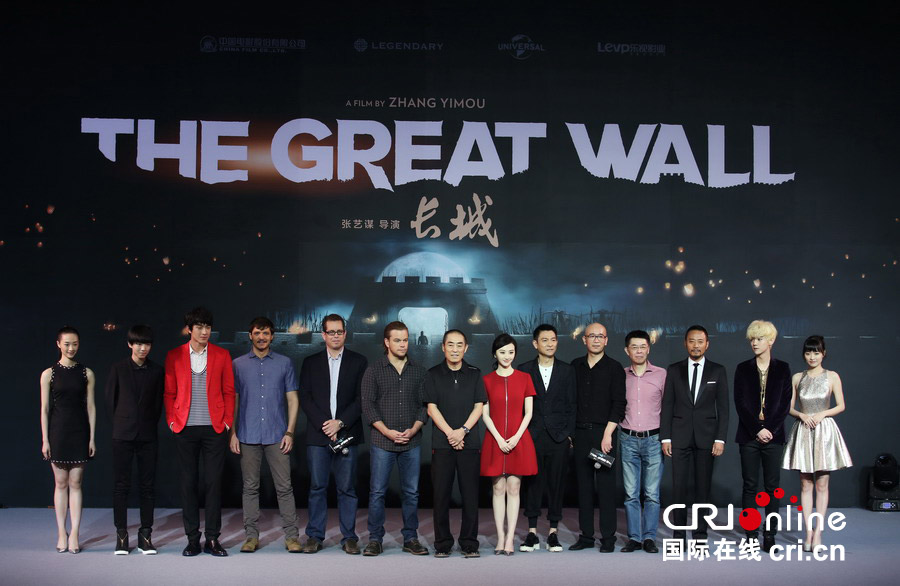 The Hong Kong  actor continues: “I’m a very important person in this movie. I play a scientist who spends my entire life researching the best ways to fight the beasts.

“I invent a lot of things in this movie and experiment on the best fighting techniques.

“You know without me, Matt Damon can’t fight!” he quipped.