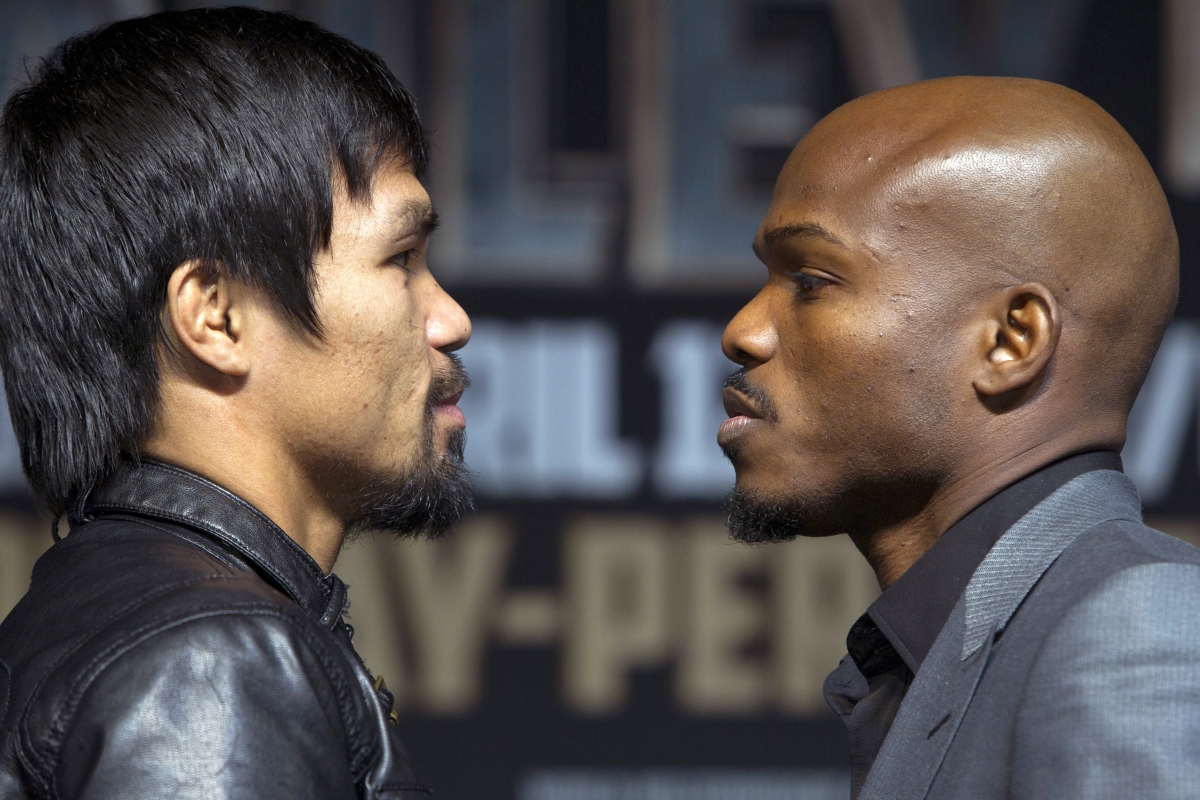 It’s time for another fight of the decade as Congressman MANNY “Pacman” PACQUIAO and five-time world champion TIMOTHY “Desert Storm” BRADLEY return to the ring in Las Vegas, U.S.A.

The pound for pound legends will be staking hard cash, fame and blood for the whole 12 rounds.

The boxing champions will be arriving Las Vegas, Neveada today for the high-stakes showdown coming up April 9. The grand arrival will be at the lobby of the MGM Grand Garden Arena and fans are waiting to give the heroes a championship welcome.

Former Trainers of the Year Freddie Roach and Teddy Atlas will be facing themselves from opposite directions for the first time in their careers.

The event is promoted by Top Rank®, in association with MP Promotions and Tecate.

The Pacquiao vs. Bradley championship event will be produced and distributed live by HBO Pay-Per-View® beginning at 9:00 p.m. ET / 6:00 p.m. PT.

Confession has been my habitual homecoming since I was a child. It is a consolation and a joy, and such joy, our faith teaches us, is meant for everyone. It is our vocation to bring it to as many people as possible.