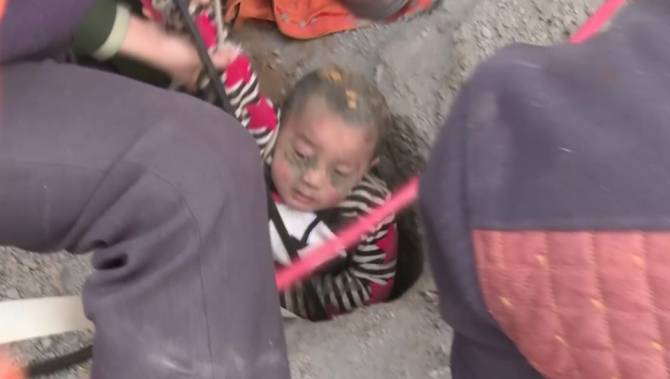 A boy who fell inside a 295 feet thin well has been successfully rescued in an operation that was televised live on CCTV. He was able to hang on at about 33ft deep inside the pit until rescuers saved him.

The lucky boy was reported to be playing when he slipped and tumbled into the well with a diameter of only 11 inches which complicated rescue efforts in the life-saving operation from Chinese emergency services that lasted about 2 hours.

During this period, rescuers pumped in oxygen into the well from canisters. They also used sensors and cameras to communicate and monitor the boy’s condition.

At last, he was saved after he managed to grasp a rope though he was exhausted. There was no other way he could have been saved without grabbing the loop at the end of a rope.

An immediate examination from doctors on scene proved he was healthy.