There's no shortcut to success and Matt Damon knows this very well. Earlier this year, the 45-year-old actor narrowly missed out on the Oscar for the Mark Watney role he played in The Martian but now he can boast of another crown. 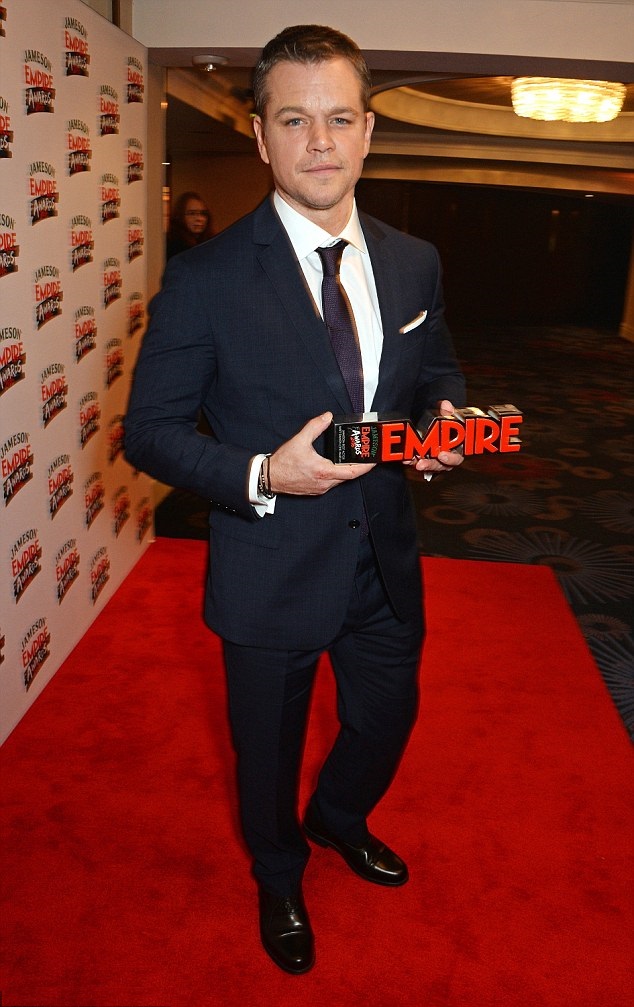 The Empire Film Awards considered it right and honorable to give Damon what he deserves – the Best Actor gong – for the same movie.

Matt Damon played a stranded astronaut though he never studied science. As he rightly agreed, one doesn’t need to travel to the moon before playing the role. He quoted a line from the movie: ‘I can indeed ‘science the shit out of some potatoes’ now, yeah.

‘All those crops were stuff I grew and replanted on the set in Budapest. And I didn’t even need to be stranded on Mars to do it!’

Delighted Matt looked really happy for the award received and especially the loud ovation from the cheering crown who seem to have appreciated his rare acting gifts. In the Martian, Matt Damom (Mark Watney) was an astronaut left behind by his crew mates and had to face the tasking and creepy challenge of surviving alone on a desolate planet.

He was well suited up for the occasion in a dapper navy suit. The lavish party was held at the Grosvenor House Hotel in London, Sunday night.

Matt’s marriage to Luciana Barroso has stayed even stronger after 10 years.

In his confession to Rolling Stone magazine, Matt confessed that: ‘Ridley and I talked through everything about those long one-hander sections – but yeah, it was a little nervy.

‘It’s all on you. You can’t blame the other actors when a scene goes wrong and say, ‘Hey, this isn’t working, talk to my co-star.’ Although I guess you could blame the writer. Drew, if you’re reading this…’

Peter Serafinowicz was at the event to pick up the award for Best Comedy film for Spy.

As is normal for a comedian, he did put up a funny show with his award. Peter was seen holding his award so close to his heart, cuddling and kissing it in a playful manner.

That knowledge which is popular is not scientific.