Gareth Bale admits Cristiano Ronaldo is very popular around the world and for this reason, needs no introduction. The Welshman believes his national team coach Chris Coleman knows CR7, too.

Bale confirmed this in a press statement that Wales manager at the European Championships has not bothered to ask him for advice on how to handle Real Madrid teammate Cristiano Ronaldo.

Both superstars are to meet in tonight’s showdown–Portugal vs Wales.

The 26-year-old Welsh is renowned for his ball striking from distance, swerving free kicks, and his ability to get past defenders with pace. Bale has received plaudits from his peers, who have described him as a footballer with “tremendous speed, great crossing ability, a great left foot and exceptional physical qualities”.

All that will be put to test today and more expected. Nothing else would be acceptable as the country aims to seal their historical outing with a trophy.

The former Tottenham ace will square it up with C. Ronaldo tonight in a game of their lives. Bale granted an interview to AS during which he was asked a few questions on Real Madrid teammate Ronaldo. 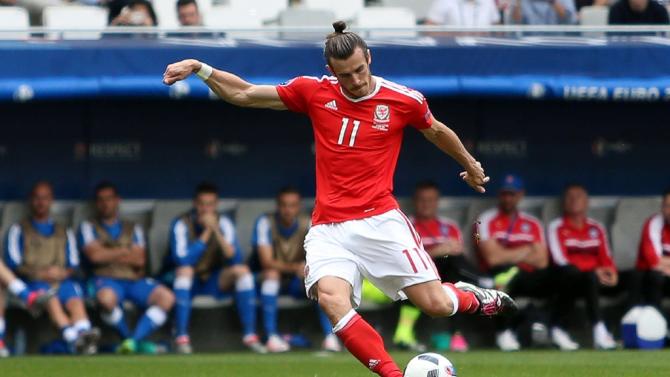 He said: “I’ve not been asked at all [about Cristiano]. Of course I would give it, if it was needed, but our analyst is already informed about our opponents as he has been for the rest of the tournament. Everyone knows about Cristiano, about Pepe, so there’s need to say much more about them,” Bale reveals.

“The semi-final won’t be decisive for the Ballon d’Or. The Ballon d’Or doesn’t reward one game but a season. It’s not on my mind right now. I just want to help my teammates and fight to win trophies. It’s not for us to decide those individual awards.

“It doesn’t bother me that [Wales-Portugal is reduced to Bale-Ronaldo]. Everyone talks about us but the reality is it’s Wales-Portugal. It’s not about us, it’s about two teams. I know the Press hypes the game like that but it’s not just that. Wales’ star is the team. We work together as one. That’s what has allowed us to get results and so we’ll continue.

“Cristiano is a fantastic player, but I think we should be more concerned with ourselves than the opponent. We’ve played against teams with great individuals other times and won. We haven’t sent each other messages. We’re focused on our national teams.

“Pepe? The first thing to say is that he is very valuable for Madrid, a fantastic professional and a great guy who has always been very good to me. Of course [if he’s injured] it will be a big loss to Portugal if he doesn’t play but if he does make it in the end it will be very difficult because he’s an excellent defender.”

Image: Cristiano Ronaldo to square it up with Gareth Bale in the game of their lives at Euro 2016.