"China is synonymous with Panda; Pandas are proudly Chinese". Only few countries are favored to have received this treasured gift from China. 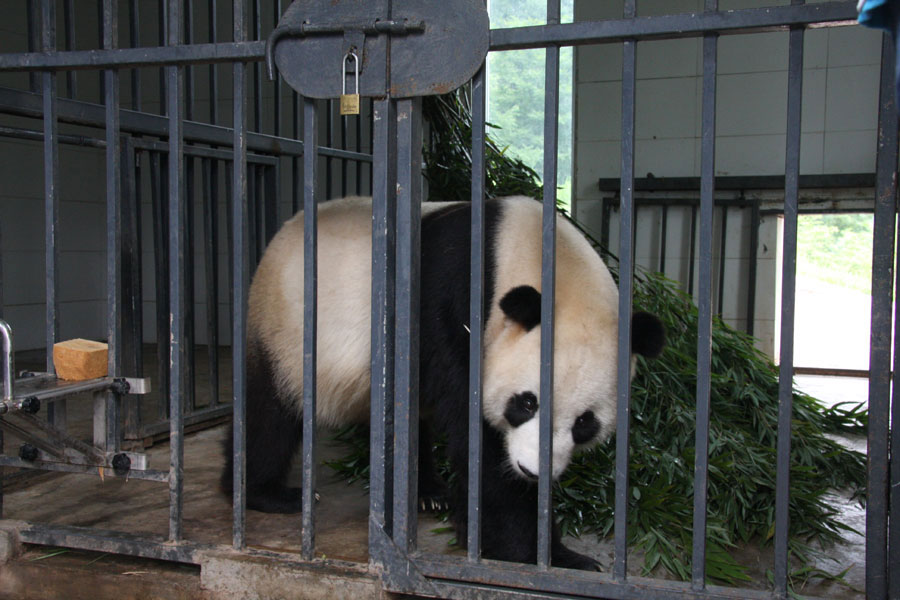 Between 1958 - 1982, China gave out 23 pandas to nine different countries. This is another way of politicking called Panda diplomacy. "The animals are used as diplomatic gifts to foreign countries". The practice existed as far back as the Tang Dynasty when Empress Wu Zetian (625-705) sent out a pair of pandas to the Japanese emperor. The panda in the picture is called "Tai Shan". He was born at the National Zoo in Washington DC and is 10 years old.
Spread the love

Panda diplomacy is China‘s use of giant pandas as diplomatic gifts to other countries. The practice existed as far back as the Tang Dynasty, when Empress Wu Zetian (625–705) sent a pair of pandas to the Japanese emperor.

Around twenty pandas overseas have returned to China in recent years.

As friendship envoys, these overseas returnees have demonstrated the contributions China has made in wildlife protection, and also helped attract increasing interest in China from across the world.

These twenty overseas returnee pandas refer to the pandas born overseas who have returned to China, according to the agreement between China and overseas countries that has been implemented since the 1990s.

Since its establishment in 1980, China Conservation and Research Center for the Giant Pandas, or CCRCGP has launched international programs on panda research and breeding with eleven zoos from nine countries in America, Europe, Asia and Oceania.

Tang Chunxiang, Senior Engineer of CCRCGP says, “Besides the promotion of Chinese culture, the international programs on panda research and breeding could promote advanced artificial breeding technology of giant pandas to improve the quantity and quality of the species.”

The international studies on panda breeding has also promoted public awareness on wildlife and environment protection, which often include seminars and exchange visits of scientific researchers, tourism with a panda theme along with Chinese and foreign culture activities, etc.

In 1996, the giant panda “Bai Yun” and “Shi Shi” traveled to San Diego Zoo in the United States as envoys of friendship. They later gave birth to “Hua Mei,” the first panda born in the US, who returned to China in 2004 as the first overseas returnee panda to China.

I have a character failing. I am quite incapable of identifying with anything whole-heartedly. Whatever I am doing, I am always planning to do something else. I would rather travel than arrive.