On February 20th, 2016 another Chinese man, yet broke the Guinness World Records for roasting a total of 261 limbs.  Jiang Linsheng, nicknamed "A Bing" is from Nanning, south China's Guangxi Zhuang Autonomous Region. 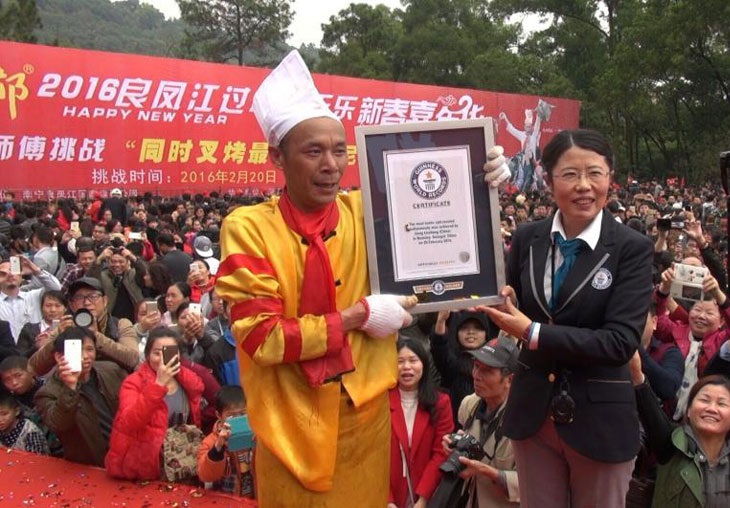 The Guinness Book of World Records lists world records and national records, both of human achievements and the extremes of the natural world.

The book itself holds a world record, as the best-selling copyrighted book of all time.

This international franchise has extended beyond print to include television series and museums. The popularity of the franchise has resulted in Guinness Book of World Records becoming the primary international authority on the cataloging and verification of a huge number of world records; the organization employs official record adjudicators authorized to verify the authenticity of the setting and breaking of records.

The problem is not getting rid of fear, but using it properly.