In 2011, Andrea was recognized for her achievements as a leader in the contemporary design space when she was accepted into the CFDA. A year later she became one of the ten finalists in the CFDA/Vogue Fashion Fund. Spring 2014 marked the launch of A.L.C. Handbags. Her ready-to-wear and accessories collections are sold in top retailers around the world including Barneys, Bergdorf Goodman, Intermix, Harvey Nichols and Matches. 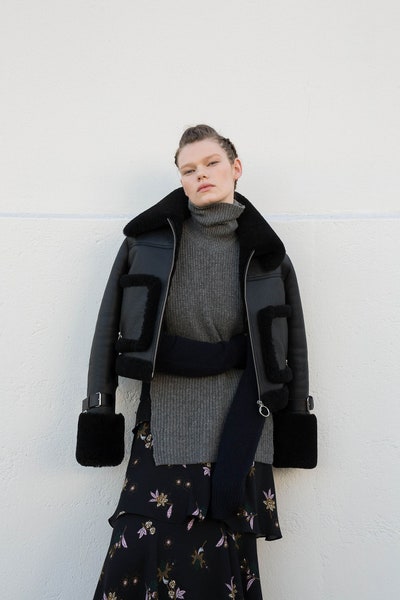 Born and raised in New York City, Andrea Lieberman graduated from Parsons School of Design with a Bachelor of Fine Arts degree in Fashion.

She went on to work with Giorgio Di Sant’Angelo and Romeo Gigli.

After several years of world travel including extensive time in Africa, Andrea returned to New York to open her retail store Culture and Reality. The store became a cult sensation and segued her into the world of styling.

From the conceptualization of a tour through red-carpet events Andrea created costume and wardrobe for musicians, most notably Gwen Stefani and Jennifer Lopez.

It's a great relationship when you can work with the person who you consider to be your soul mate.