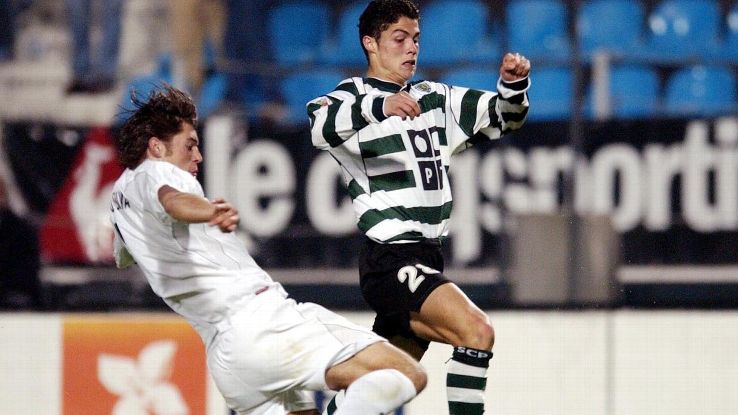 Cristiano Ronaldo moved from Sporting Lisbon to Manchester United in 2003.

Ronaldo, 31, began his career at the Portuguese club and will be playing against his “family and friends” when Madrid launch their Champions League title defence on Wednesday at the Santiago Bernabeu stadium.

Bruno was asked if he has a plan to bring Ronaldo back to Lisbon and he told Marca: “Yes, without a doubt, I would love for Ronaldo to end his career here, at home.

“He represents a lot for us and it would be beautiful if he could end his career here. He is a world ambassador. He always speaks well about us and how fond he is of us.”

Bruno added: “As we found out when we saw his face when the draw came out, we are playing against our boy. It’s going to be beautiful.

“I was watching the game against United here and we all had a very clear feeling that following his performance against United that it would be very difficult for them [United] not to sign him,” he said.

“He had phenomenal talent. As a fan, I hoped that Sporting would find a way to keep him and now as a president, I believe it was a bad business deal, from a sporting and financial aspects, to sell him as early as we did.

“I thought he was too young to leave.”

With Ronaldo’s contract set to expire in 2018, and an extension coming in few weeks, the forward’s insistence that he would like to end his career with Los Blancos makes Sporting’s wish seem impossible.

However, De Carvalho still remains hopeful that he can lure the 31-year-old back to the Jose Alvalade stadium.

“We are making a great effort for certain players to return to the club,” he continued.

“We already did that with Nani [who spent the 2014-15 campaign on loan at Sporting] and we will see that many times.

“He will play a great game against us and we will of course have to try to limit him.”

For Ronaldo, the match against Sporting will be a memorable one as Madrid coach Zinedine Zidane has said he hopes CR7 can fire on for 90 minutes against his family.

“I’ve played against Sporting before in the Champions League, against Benfica too, and against Porto. To play Sporting again is a privilege for me.”