Zlatan Ibrahimovic has seen everything there is to see in football – from Malmo, Ajax, Barcelona, Real Madrid, Inter Milan, AC Milan and PSG to Manchester United. 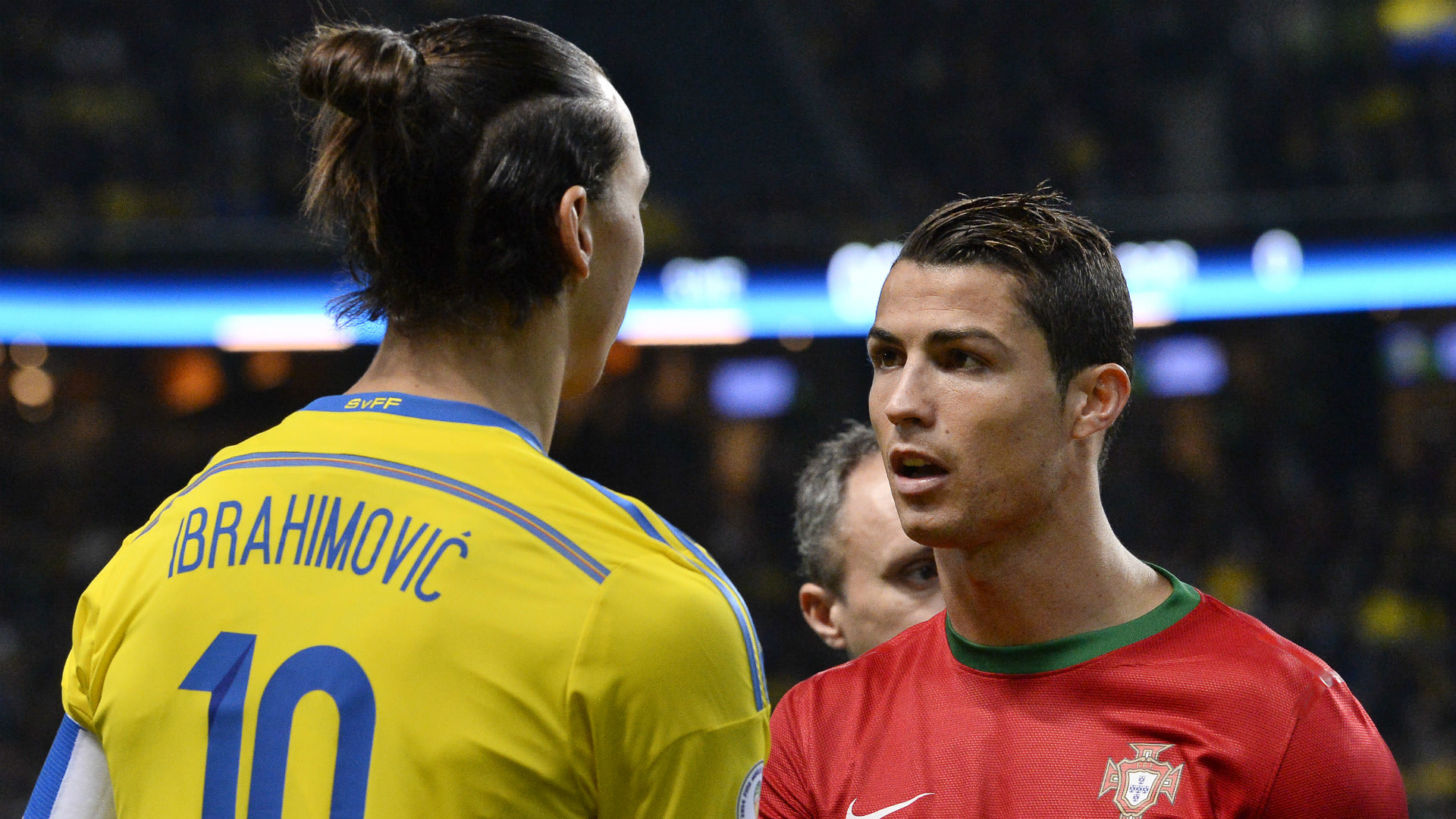 One remarkable character from the legendary footballer is that he fears no one, not even the current World Best Player, Cristiano Ronaldo.

Zlatan says the Brazilian who is popularly known as “the Phenomenon” is better and should be remembered for his naturalness in comparison to CR7, who he described as the opposite.

He [Nazario] also won the World’s Best Player when it was much harder to win unlike now that the Ballon d’Or has become a cake to be shared between CR7 and Lionel Messi, as if no better player exists anywhere around the world.

To crown his amazing dribbling speed and clinical finish, the Brazilian Ronaldo scored a total of 62 goals in 98 international call-ups.

Before you get a moment to counter Ibrahimovic’s analysis, take him for who he is – someone who speaks his mind about anything without minding if he would be crucified afterwards.

The Manchester United forward once said: “A World Cup without me isn’t worth watching,” after Portugal denied Sweden a chance to  play at the 2014 World Cup in Brazil.

When asked about what he bought his girlfriend for her birthday, the former PSG player simply said: “Nothing, she already has Zlatan.”

He once blasted Arsene Wenger in public, and would do it again if he’s tempted.

In his words: “Arsene Wenger asked me to have a trial with Arsenal when I was 17. I turned it down. Zlatan doesn’t do auditions.”

Now back to the interview with ESPN Brazil.

In his words: “I think Ronaldo, Il Fenomeno, was the best,” he started.

“He was an example of what football is. Everything he did was like ‘wow’. The way he dribbled, the way he ran.

“He was not made. Ronaldo was natural. He was born to be what he was. It was not something he trained to become. He is unique.”

Zlatan didn’t mince words when he spoke about another famous Brazilian footballer Ronaldinho, who was also his teammate at Barcelona some years ago. He said the samba boys possessed natural skills.

“As for Cristiano Ronaldo, we did not play together,” he continued.

“We [Ronaldinho and Ibrahimovic] played together at AC Milan, but he did not live the best days as before, but I loved it when we played and he was running with his hair messed up, dribbling fast and when he wanted to, he made others look like kids around him.

“It is because he [Ronaldo] is the result of hard training. It is not natural,” Ibrahimovic explained why he rated the Portuguese star as second-class.

If you are still wondering who to vote as a better player between C. Ronaldo and Zlatan Ibrahimovic, make no mistakes. Both of them are great players in their own ways, and the argument isn’t about them.

However, here are a few notable statements from football pundits:

Ian Holloway on Ronaldo: ‘The kid makes you sick. He looks the part, he walks the part, he is the part. He’s six-foot something, fit as a flea, good looking – he’s got to have something wrong with him… hopefully he’s hung like a hamster! That would make us all feel better!’

Sir Alex Ferguson on Ronaldo: ‘In my book there are only two world-class players playing today: Lionel Messi and Cristiano Ronaldo. There were only four who were world class (at Manchester United): [Eric] Cantona, [Ryan] Giggs, Ronaldo and [Paul] Scholes. And of the four Cristiano was like an ornament on the top of a Christmas tree.’

Jose Mourinho on Ibrahimovic: ‘He is very special ‒ he is one of the best strikers in the world. I’m just glad that I don’t have to face him all the time.’

Gianfranco Zola on Ibrahimovic: ‘When he’s on form, he’s unstoppable. He’s at the same level as Ronaldo and [Lionel] Messi. He has the strength, the technique and the intelligence. He’s an extraordinary player.’

Has there ever been a player who has scored stunning goals of such extraordinary variety (dribbles, volleys, taekwondo flicks) as Zlatan?

Ronaldo Luis Nazario de Lima was invited to play among Brazil’s World Cup squad which won the trophy in 1994. He was aged 17 at that time.

During the 1998 World Cup in France, he received the Golden Ball as Player of the Tournament although he suffered convulsion a few hours before Brazil lost to France in the game which ended 3-0.

Back to 2002, Ronaldo played alongside football legends Ronaldinho and Rivaldo as Brazil’s deadliest front three.

The 40-year-old suffered lots of injuries and was forced to end his football career in 2011 after having stints with AC Milan and Corinthians.

Ronaldo has held the position of a Goodwill Ambassador for United Nations Development Programme since 2000.

He was also appointed a FIFA World Cup Ambassador for the 2014 global football tournament held in Brazil.