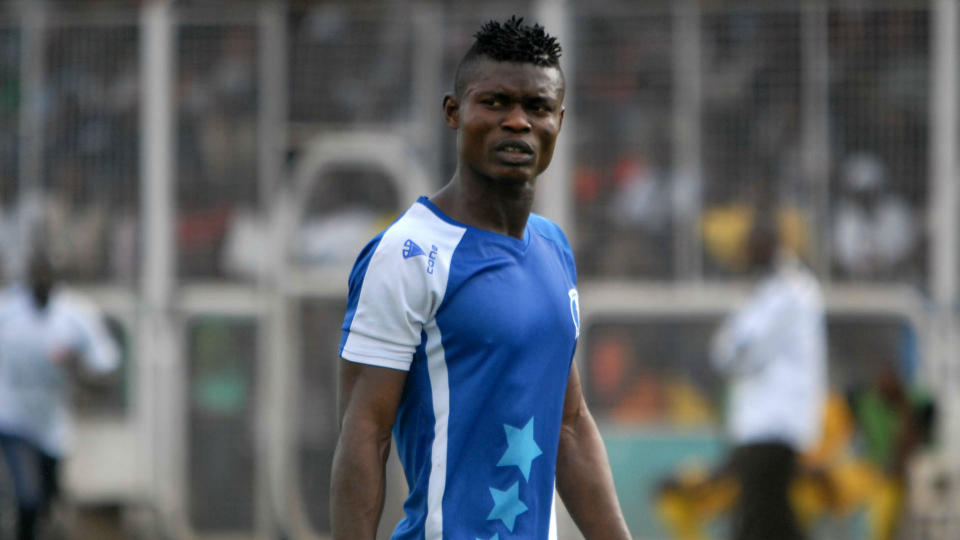 “A Shooting STAR is gone! Izu Joseph is gone! Flamboyant defender is gone! RIP, brother. What a life! May God strengthen his family,” 3SC wrote.

A Shooting STAR is gone! Izu Joseph is gone! Flamboyant defender is gone! RIP, brother. What a life! May God strengthen his family #Tragedypic.twitter.com/m9cZxtq6bm

Reports confirm he was shot by the Joint Task Force (JTF), who have been in a long-drawn battle with militants in the restive Niger Delta zone.

Izu joined Shooting Stars only three years ago from Bayelsa United when the Ibadan-based club were playing in Nigeria National League’s second division.

The energetic central defender was said to be on holiday during the unfortunate incident. He died on the way to a hospital.

3SC’s media officer, Jubril Arowolo, described the fallen player as one of the club’s best defenders, according to SportingTribune.com

“The news came as a shock to us around 11:00 p.m. on Sunday that Izu Joseph was shot by gunmen, though we are yet to get details from the family, hopefully we will make an official statement once we get across to his family later in the day,” Arowolo told the news outlet Monday morning.

Late Izu scored a last minute goal for the Ibadan based outfit in their 2-1 defeat of Nasarawa United in Week 26 of their Nigeria Professional Football League encounter.

According to African Football, initial reports said the player was caught out at a restricted area by soldiers on a raid. His identity as a footballer was only established after he had been shot.