Sergio Ramos is excited about Real Madrid’s unbelievable result from their clasico game against arch-rivals Barcelona. He admits Zinedine Zidane’s side had a bit of luck but says worrying about how they snatched an away point at Camp Nou would make no sense now.

The heroic defender who scores important goals with ease – for Madrid and Spain, said in a post match interview: “I don’t know if it’s a fair result.”

Contrary to claims from Barca’s Luis Suarez, who scored at the 53rd minute, Ramos argues that both sides played really well.

“It was necessary to continue picking up points,” said the defender who is known for scoring equlizers on the big stage.

Ramos, 30, scored a powerful header, an equalizer against Atletico Madrid during their 2016 Champions League final on May 28. He also scored another equalizer for Madrid against Valencia in their European Super Cup.

“The team did well and worked hard but the result, in my way of watching football, wasn’t entirely fair,” Ramos continues.

“My goal was an opportunity, a good delivery from Modric, and I’m happy for my goal.

“It was a hotly-contested game, we were two teams that wanted the ball.

“It’s true that we had more chances in the first half but lacked accuracy. Still, our work ended up giving us this reward. One point is better than none.

“There was a lot of intensity, it was a very risky game, played to the limit, but there must never be any malice, only sportsmanship,” the Sevilla-born footballer said.

“Six points clear? It’s our reward for the good work we did from the beginning, but we won’t go crazy because there’s still a lot of the season left, but clearly it’s better to rely on yourselves than others.” 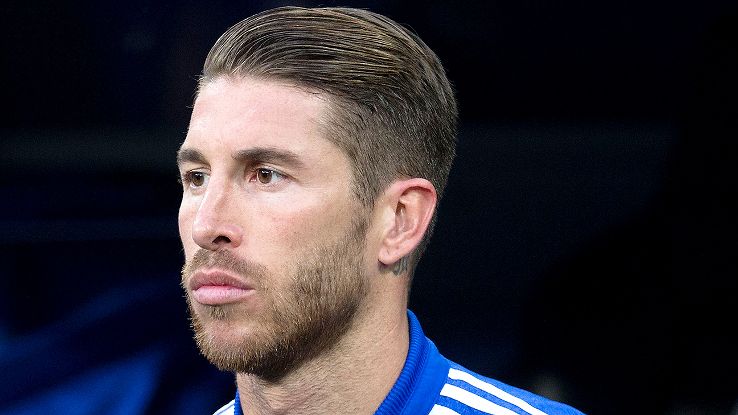 Since making his international debut for Spain at the age of 18 in 2013, Ramos has represented the country in three World Cups and three European Championships.

Ramos winning is the youngest player to ever reach 100 caps in Spain.