Latest reports from Rio 2016 organizers confirm that a bus transporting journalists to the Olympic Games came under attack Tuesday.

Two passengers in the bus suffered minor injuries, as reports claim that the bus was either fired upon or hit by rocks, resulting in two windows being smashed. 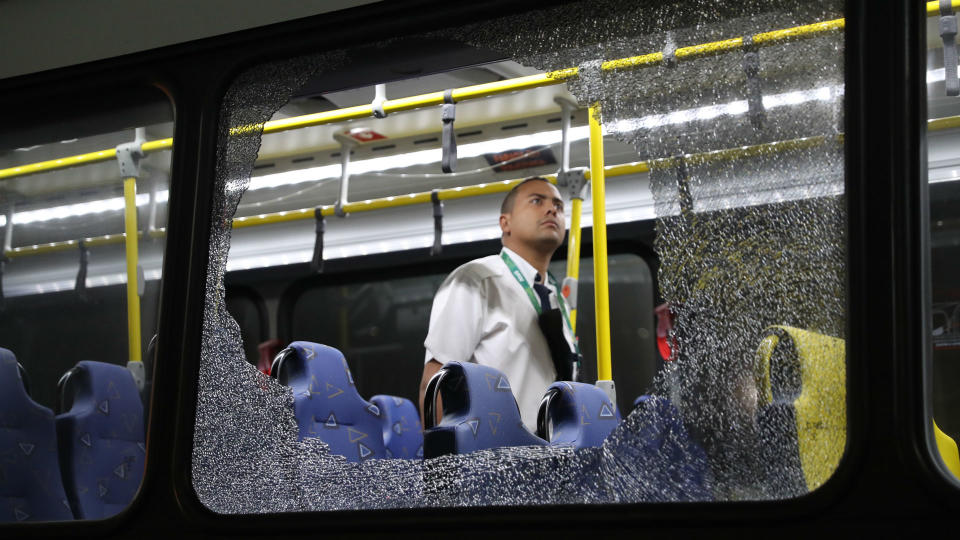 A statement on the Rio 2016 website confirmed the incident and said the matter is still being investigated.

“According to the driver’s report, the media transport bus left the Youth Arena in Deodoro at around 19:30, Tuesday 9 August, travelling towards Barra Olympic Park.” the statement said.

“When on the expressway Transolimpica, near Curicica, the driver heard a noise from inside the bus which he thought was photography equipment falling down.

“Immediately, he looked in the rear view mirror and noticed that the passengers were lying on the ground. He continued to drive for a few meters until he saw a police car and stopped.

“At this time, he realized that two windows on the same side of the bus were broken. He resumed the route under the escort of the police car and the broken windows began to give way further.

“After arriving at the Media Center  he found that two passengers had minor injuries caused by broken glass cuts. The driver will provide a statement to police accompanied by a security manager of the Rio 2016 Olympic Games Organizing Committee.

“The bus will be subjected to an official inspection by the police. Preliminary results will be released as they become available.”

Among the many scary events at the ongoing Olympic Games, a controlled explosion was carried out on a suspect package last Saturday, very close to the finish line of the men’s cycling road race.

Two persons were reportedly killed near the Maracana stadium. A woman was also shot in the head for allegedly trying to flee from muggers.