On February 20, 1988, a star was born in St. Michaels, Barbados, to her wonderful parents Ronald Fenty and Monica Braithwaite.

That child turned out to be Rihanna, a popular musician and budding actress.

29 years on, Riri has left her footprints on the sands on music and now set to take Hollywood by storm.

A report from Glamour.com says the movie is about a picture of Rihanna and Lupita which was taken in 2014 while both stars sat together at Miu Miu’s Fashion Show in France.

“Rihanna looks like she scams rich white men and lupita is the computer smart best friend that helps plan the scans,” an original tweet on the upcoming flick reads.

The budding actresses have reportedly agreed on their roles in the movie.

A veteran director Ava DuVernay and Issa Rae, who wrote the book “Insecure,” are working as partners on the project.

Various movie studios were offered a chance to handle the productions during the events at this year’s Cannes Film Festival. Somehow, Netflix toppled all other bidders to the contract, a report from Entertainment weekly confirmed.

It’s yet unknown whether there’ll be deviations from the theme which movie lovers are speculating — based on events at the 2014 fashion show.

The snap featured Rihanna, clad in sunglasses and an opulent yellow coat, looking into the distance as Nyong’o—sporting large-framed eyeglasses—glanced in her direction. Instead of retweeting the post with a standard #TBT caption, a user named @1800SADGAL said the photo looked like Rihanna and Nyong’o were in some kind of heist movie.

“Rihanna looks like she scams rich white men, and Lupita is the computer-smart best friend that helps plan the [scams],” @1800SADGAL wrote.

Twitter quickly took over from @1800SADGAL and made it viral. Now the world is hungry and waiting for more. 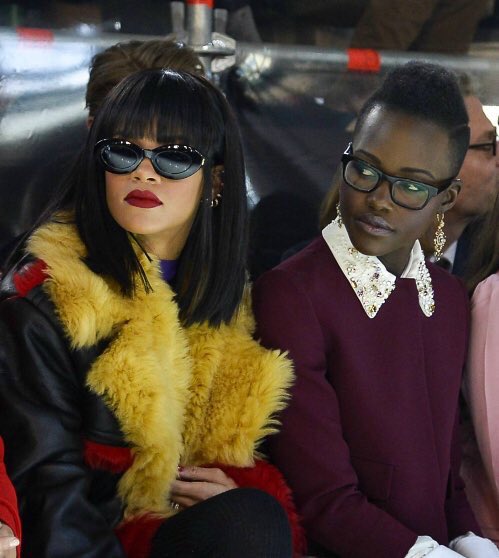 “We deserve nice things,” Ava posted on Twitter about the movie which will be streamed online sometime in 2018.