Rigobert Song, the former Liverpool player has suffered stroke and is fighting for his dear life at this moment, reports say.

The ex-Cameroon national team captain was admitted in a hospital on Sunday, The Sun reported.

Rigobert, 40, suffered cerebral aneurysm while at his home in Odza, a location in Yaounde.

Song played 35 times for the Reds and made 137 caps for his country. His football achievements include winning an Olympic Gold Medal and representing Cameroon at 4 World Cups.

Meanwhile, friends and well wishers are pouring out their hearts to a beloved brother. Former teammates at Liverpool – Robbie Fowler, Jamie Carragher and Patrik Berger –  have sent their get-well messages.

Get well soon Rigobert Song one of the funniest,nicest,happiest men you could ever meet.

Samuel Eto’o wrote on Twitter: “I wish you a lot of courage and to get well soon, big bro.”

Liverpool FC are not left out in the prayers from Rigobert Song’s recovery. The English Premier League said wrote:

Our thoughts are with Rigobert Song and his family at this time.

A message from Galatasaray reads: “We want to send our prayers and good wishes to Rigobert Song who is currently in intensive care. Our hearts are with you, lion!” 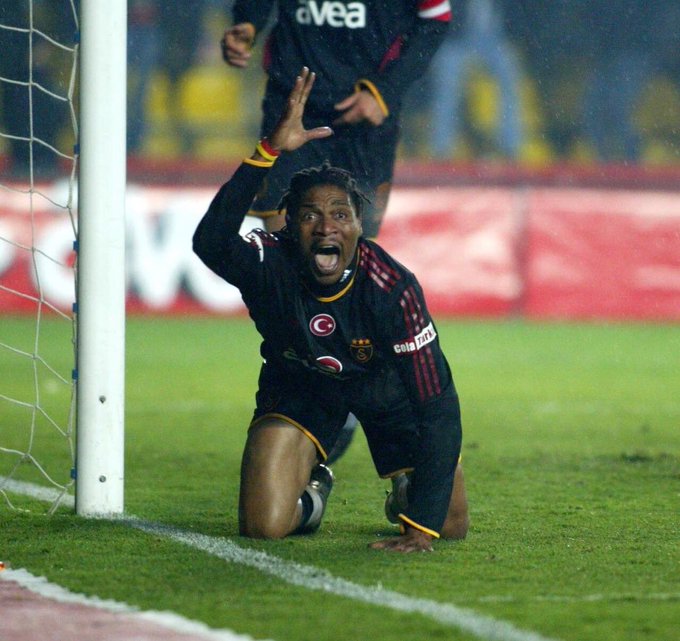 We want to send our prayers and good wishes to Rigobert Song who is currently in intensive care. Our hearts are with you, lion!