Since taking over reigns from Rafa Benitez last January, the Frenchman has lost only two matches out of 48 games, an unimagined achievement from the former Real Madrid Team B coach.

“He changed the history of this club as a player and it was such an easy option for us. He is someone who came here to offer a new and distinct future… it was obvious that he would do a great job,” Perez said of Zidane in an exclusive interview with AFP.

The 69-year-old continues: “It has been a beautiful and eternal love story and that is why I am not surprised by the results he is getting and those that are still to come.

“Zidane last year changed our lives. As well as working very well from a professional point of view, he has an authority with the players because he was a great player. He was one of the greatest ever.

“When he says things, when he speaks with the players, he has the recognition and the authority you have to have.”

“[Talking about Cristiano Ronaldo, who has so far scored 376 goals in 363 games] Cristiano is special,” said Perez of the La Liga’s top goal scorer (10).

“His stats are scandalous.

“We are delighted with Cristiano Ronaldo (after extending his contract to 202). He gives us more than we pay him.

“We have renewed his contract for five more years and we are very proud to have done so.” 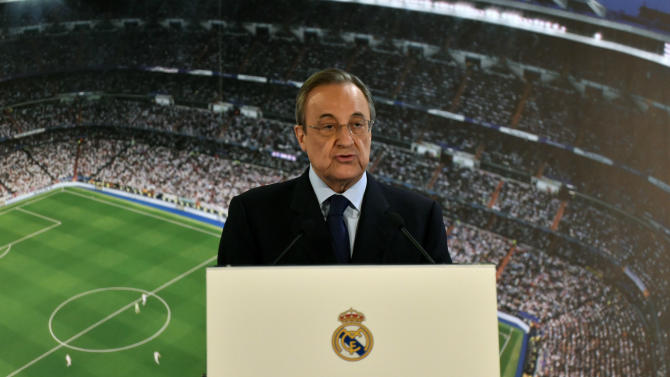 Florentino Perez ran for Real Madrid presidency far back in 1995 (19 February). His campaigned focused on the club’s poor financial situation as well as an alleged mismanagement by the board.

However, he lost to the incumbent president Ramon Mendoza by 699 votes.

3 thoughts on “Perez: Zidane is the Boss and C. Ronaldo is worth every penny he gets”