Gernot Rohr, who’ll lead the Super Eagles of Nigeria against Zambia in Sunday’s 2018 World Cup qualifier, has revealed it’ll lift the spirit if his squad grabs all three points in the away game. 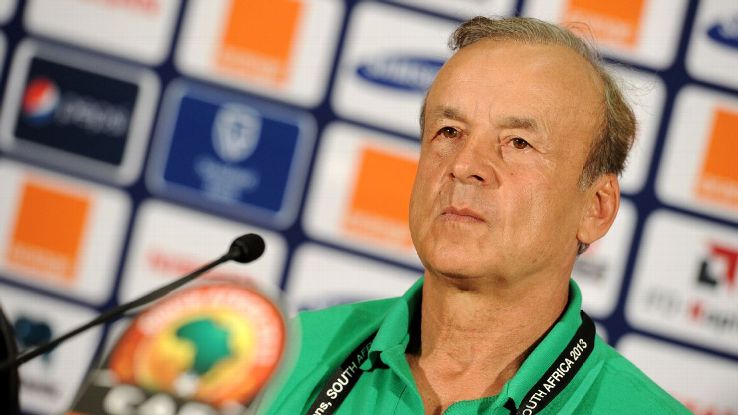 Records confirm Nigeria stands head-to-head against Zambia. The Super Eagles have never won any match against the Chipolopolo in Zambia, and this makes it a jinx to be broken by Nigeria’s new German coach.

“We have never won in Zambia, so it will be exciting, a big challenge for us to be the first team to do this. We can do it,” the 63-year-old said.

“Our motivation is to finish top of a tough group. We have a big chance to finish top. The players must work for all 180 million Nigerians.

“They are strong in attack, have good players who are getting old, experienced but less quick,” he added.

“They were African champions in Gabon, big experience perhaps not as quick. It’s an important game against a good team.

“They want to win after they missed the AFCON, same motivation like us but we are more motivated because I feel my team want absolutely to win this game.

“But we must also be careful when you want to win a game away, you should not forget to defend well. We must therefore be careful

“They have 14 home-based players and this could be an advantage because they work together, unlike our players who are coming late. But we have the international experience.

“They play short passes and they could also play long passes from behind to search for Kalengo and Mbesuma, two good strikers, and on the second post, they have Rainford Kalaba, who is quick, who can score and pass well.

“What we don’t know is that perhaps they will change their strategy with the new coach. But we have to adapt.

“We have our strategy, we play our game, our team is more important than the other team.”

Rohr was the manager of Niger national team, a job he handled between September 2012 and October 2014. He was sacked as Burkina Faso national team manager on 22 December, 2015.