It seems there’s hardly any superstar in the world without a phobia or some other destructive habits, not even Kendall Jenner. 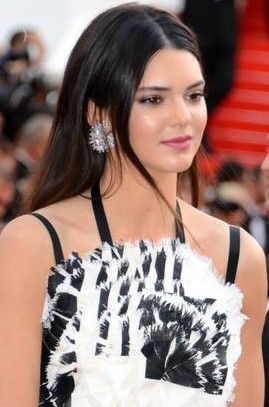 Being famous and wealthy comes with special problems but if those problems aren’t bad enough to lead to bankruptcy then it’s alright. What can I say? History lives to testify of great celebrities who made fortunes but went broke in the end like M.C. Hammer, Kim Basinger, Burt Reynolds, Larry King, Meat Loaf,  and Toni Braxton to mention but a few. How about basketball stars like Dennis Rodman

Young and beautiful Kendall Jenner is a style icon. She proved it on her runway debut in Paris with Gigi Hadid.

Kendall is one of the most photographed women in the world and she has lots and lots of clothes worth thousands of dollars if not millions.

Problem is, this Kim Kardasian’s little sister has a phobia for clothes older than 2 months. The 20-year-old supermodel has a habit of thrashing everything in her wardrobe in two months and feeling it back up in a week. That’s money talking. Yep!

Kendall confessed to Miss Vogue in an interview: “I go through my closet probably about once every two months and get rid of so much stuff. I swear to you, it fills back up within a week. It’s crazy.”

Worse still, she complained: “I don’t have the biggest closet at my house in LA, so it gets really stuffed, really quickly.”

One would begin to wonder how small her wardrobe could be when Kendall lives alone in her L.A. home.

Her little sister Kylie’s Calabasas mansion wows with luxury and it is a speculation that Kendall’s home can’t be less luxury as Kylie’s mansion.

Maybe Kendall Jenner needs more than a wardrobe to store her clothes and accessories. For a rich supermodel who’s got a luxury mansion, who needs wardrobes anyways?

You are amazing without them clothes, Kendall. If the thrash goes out to charity,then you got no phobia at all.

893 thoughts on “Kendall Jenner Has A Phobia.”