Memphis Depay, one of the youngest talents on display at the 2014 World Cup held in Brazil, has threatened to leave EPL giants Manchester United if his role as a “super sub” doesn’t change soon.

Memphis Depay scores for Holland at the 2014 World Cup.

The 22-year-old Holland international footballer made a switch from PSV Enindhoven to United in 2015 after a successful World Cup campaign. He played for the country under Louis van Gaal, who was also the manager at Old Trafford.

Gladly accepting his role as a “super sub” in Brazil, Memphis told reporters at that time: “You have to be realistic. When you play with great players like Robin van Persie and Arjen Robben in this system it’s logical that I’m on the bench.”

Memphis arrived England after a transfer deal worth £25 million, and made a great start to the admiration of fans and the media. But a few months later, his performance went below average. 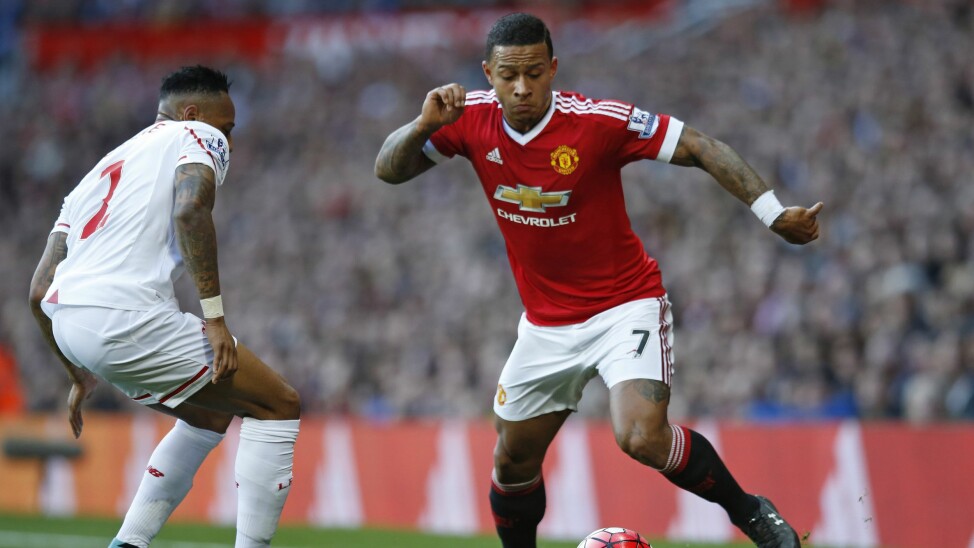 The Manchester United star regrets the injuries he suffered and the backward trend that followed, however, he says: “The training sessions are going well, I’m sharp and fit. But that applies to everyone.

“The level has become higher. Jose Mourinho is a top coach.

“The feeling is different, Mourinho has expressed confidence in me. Personally, but also in the press.”

With a possibility of being left out from the first team set-up, Memphis reveals to Metro Nieuws: “I am the same person and I know what I want. A supporting role is not for me.

“I’m not a player who is happy with the fact that he is [just] under contract with Manchester United.

“This is my dream club, but I want to play.

“I feel like a loaded gun, I am ready to play, but wait for my chance. That’s why I’m so happy that I’m at Oranje. This is a new opportunity to show myself.”