Everton striker Romelu Lukaku has revealed he’s grateful to have Belgium assistant coach Henry Thierry, who coaching style has helped him improve in the game. 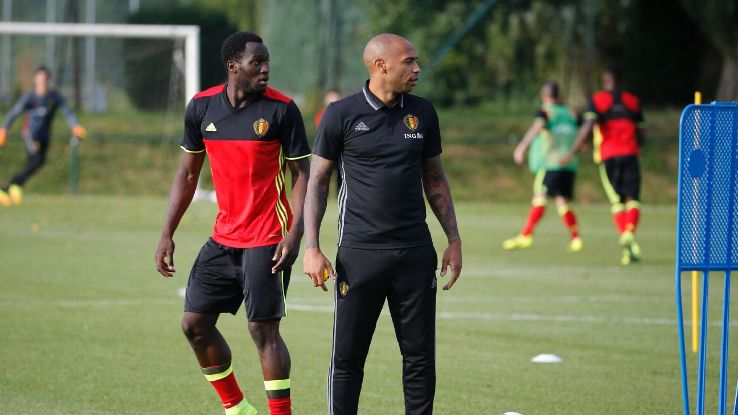 The players recent form in this 2016 English Premier League season is without doubt, an outcome of the awesome impact from Henry.

“It’s not easy with him, he’s very demanding. I hadn’t experienced that before. Even when I make a good pass, if the ball bobbles a little bit, he pulls me up on it,” Lukaku said, according to a report from ESPN FC.

“I think he sees in me characteristics he also had when he was younger. That’s why he’s so intransigent with me. Thanks to him, I’m more intelligent in my movement, and so I’m caught offside less.

“He’s also teaching me things about finishing, controlling the ball and how I see the game. Back in the day, he made 10 assists a season, I’d like to emulate him.”

The Frenchman has been seen as a potential coach for bigger clubs which may not exclude Arsenal, where he’s considered a god. Let’s keep fantasizing.