Andre Gomez, the Portugal and Barcelona star, has said in a recent interview that he will never be drawn into making a choice between Lionel Messi and Cristiano Ronaldo. He explained his decision after a journalist squared up with him of the never-ending argument among football fans.

The Portuguese player who also spent three years at Benfica, had a hard time deciding on signing for Barca or Madrid but finally accepted Lau Blaugranas. His debut happened to be against former club Valencia in a match which ended 3-0 in favor of Luis Enrique’s side.

Rumors were rife that Gomez was heading for Los Blancos with the influence of Ronaldo, but critics say the 23-year-old decided to avoid playing under an overbearing countryman whose “lordship” can be somewhat annoying sometimes.

“I signed for Barcelona, something that was very important for me and for my family,” he said to Catalunya Radio’s ‘Tot Costa’ programme.

“I was very excited, I am playing at the moment and I am enjoying it.

“At times Barcelona is the best team in the world.”

On voting for either Messi or Ronaldo as the best player of all times, he said: “I do not like to compare them out of respect,” he continued.

“I will never answer it. I’m Portuguese and I have affection for Cristiano, as much as I do for Messi, who is my teammate at Barcelona.”

“[On Barca’s motivation] The squad is very strong and we all want to play,”

“I have to learn and make fewer mistakes, and be prepared in case there is an opportunity to enter the starting XI,” he said about the difference on Barca’s tactics and that of Valencia.

“It has its complications, Barcelona is structured, its way of playing has been defined for years and the players come and go, but in the end the philosophy remains.

“In Valencia it was different, and I have had to adapt my characteristics to those of this team.” 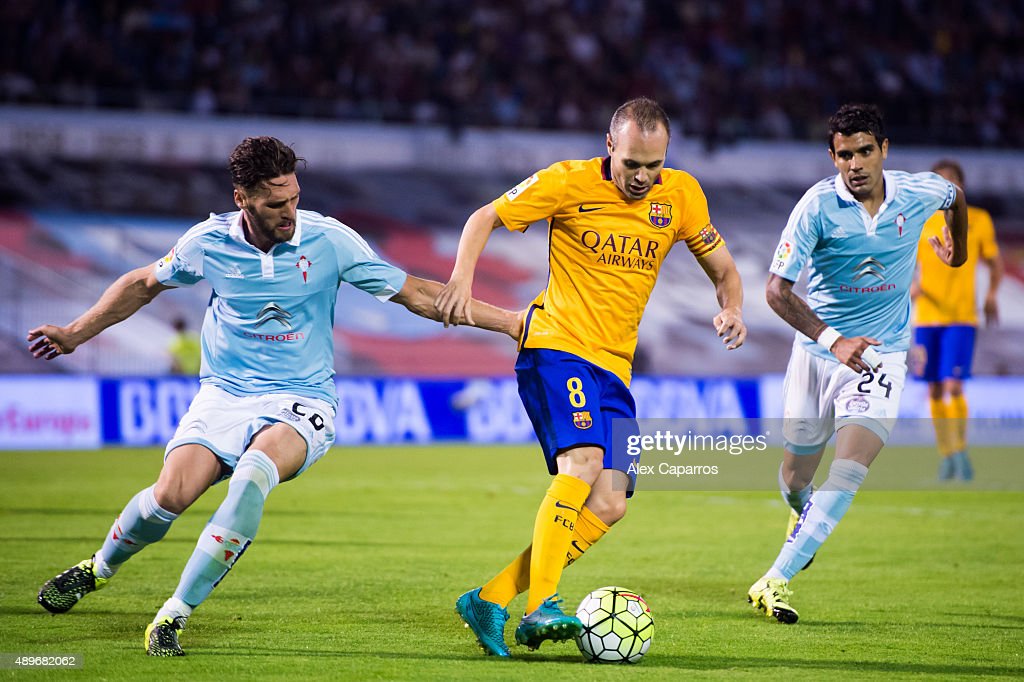 Gomez has nothing but praise for his teammate Andres Iniesta. He admits learning so much from the midfield maestro.

In his words: “People love him very much, he is a phenomenon.

“He is above everyone. As a person he’s exemplary and on the pitch he does something when you least expect it.

“I’m a lucky man to play with them [Iniesta, Messi, Ronaldo].”

During his first interview after joining Lau Blaugranas in August, Gomez said: “It is important for me is to enjoy playing football, continue learning and to adapt to Barca’s philosophy.

“I believe I have chosen the best club and I have not made a mistake. Barca relates to my way of playing football and to my identity.”

On 21 July, 2016, Barca announced that they had reached an agreement with Valencia for the midfielder.

Gomez reportedly moved to the Spanish giants for a fee of €35 million, plus €20 million in add-on.

Gomez is is unusually tall for a player of his position, at 1.88m, Barca’s official website confirms.

He will be the fourth tallest player at the club, after Pique, Mathieu and Busquets.