Talking about the death penalty for capital crimes, rape is a capital offence which, in my opinion, deserves execution. We shall pay no attention to whatever factors that push one to rape another – male or female, psychological or otherwise.

Rape comes with a stigma that tortures the victims every night and day. It is like an open wound that never heals. Rehabilitation of rape victims will never and cannot completely erase the constant flashbacks and fear or distrust women suffer after being raped.

One can never know the pain and agony rape victims pass through unless such is experienced. The picture can be better understood if one’s mother, sister or daughter falls victim to rape.

Every human being has a family either by blood or adoption. Every man or boy came to life through a woman.

No man will deny that we all appreciate the love and affection received from our moms, sisters, wives or girlfriends. Then why would any male rape a female without thinking about their own sisters, mom or girlfriend? 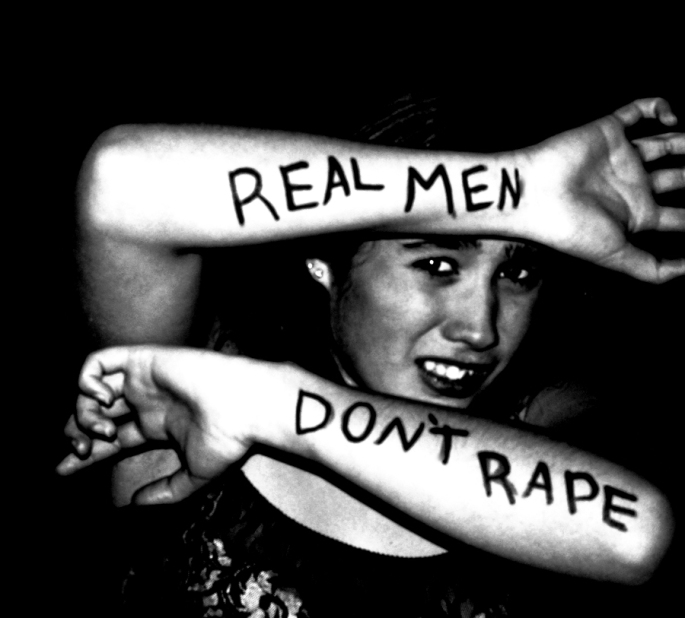 A man must have to feel like an animal in order to rape. Animals have neither shame; reasoning; nor dignity. A rapist is simply a worthless animal that has a d**k and walks on two legs.

A real man will never rape a woman even if the chance presented itself.

In the not too distant past, Lady Gaga performed on stage at the Brits 2016 and together with other ‘survivors’, she made reference to her documentary campaign against rape on campuses. She also took photos with other 50 rape survivors.

Yes, they are survivors because they were lucky not to have had their lives snuffed out of them during the incidents. Rapists are like psychopaths. They tend to lose their senses when the spirit falls upon them. Some women are drugged before rape; some are kidnapped and tortured; some unfortunate ones die in the process.

Worse still, rapists live their lives believing that each successful rape is like a crown on their heads. So they keep on hatching plans and looking for preys.

Rape seems like a story that can never be understood by many so people care less when they hear a lady has been raped. This is one reason Gaga tweeted: #tilithappenstoyou. 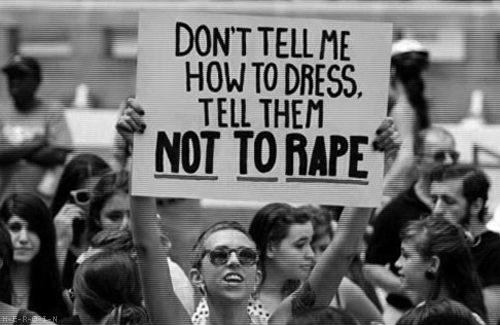 The social stigma attached to rapes has made it worse for victims to speak up. In some cultures, women are seen as irresponsible after suffering rape. In other cultures, it is believed that provocative dressing is an invitation to rape. How much sex would a lady desire as to make herself available for rape? Do nymphomaniacs solicit for rapes? Even prostitutes get paid for sex, yes, in that way men seem to be civilized.

The laws on rape hasn’t failed the society. However, it is right to say that security agencies in most countries haven’t lived up to expectations in the fight against rape. Sadly, a large number of rape cases has been swept under the carpet by the same law which should protect us. Technology has done well in the fight but still not every country has access to these reliable scientific equipment.

Citizens tend to take laws into their hands when the police and judiciary prove itself as incompetent and inefficient. For instance, the world has heard a lot of rape cases in India and how justice prevailed but one incident shocked the world when an Indian man tortured and killed his daughter’s rapist. Many hailed him as a hero in a country where justice on rape cases is always delayed, and sometimes, denied.

There’s also this case of a heartless American state trooper who raped an accident victim. Unimaginable! Safety for women sounds like a utopia. 97 of every 100 rapists receive no punishment according to Rainn Analysis.

Good a thing, women aren’t giving up so easily.

In Australia, a woman succeeded in fighting off an armed rapist who had broken into her home pointing a short gun at her. After a brief struggle, the brave woman got hold of the gun and fired shorts that killed the rapist on the spot. That was ‘self defense’. But not all women could do that. It is risky as advised, fighting an armed man is like a suicide attempt.

In a country like the U.S., it’s been a big debate whether civilians should have access to guns and what kind should be available if qualifications are met. In fact, there is a bigger chance that someone who has a gun will get shot than those who don’t.

How many women would have the courage to kill in order to avoid rape? Maybe a few. A large number of women would rather be raped than to soil their hands in blood. Call it morality, call it religion, the truth is, a rapist has a better chance of killing the victim if both had access to guns.

Owning guns doesn’t make women feel safe in any way. Women can only be safe from rape when men realize that rape is a shameful act and that thoughts of it should never be entertained in the mind.

One must be a devil in order to fight another devil – Christianity or religion set aside. Even the bible has asked us to turn the other cheek but if we must turn the said cheek, why would someone derive pleasure in hitting others on the face? Isn’t the assailant supposed to know that the same bible asked us to do unto others as we would have them do to us?

Religion and morality has weakened us in a large number of ways. Thanks to Karl Marx for taken off those blindfolds. 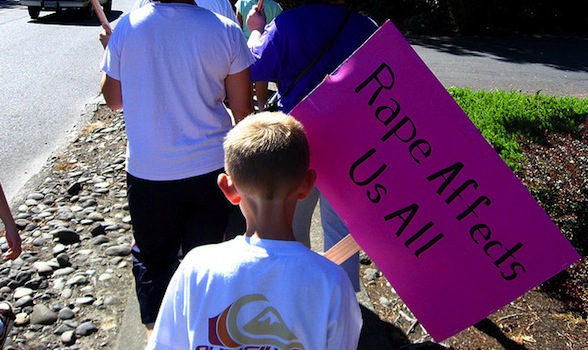 A rapist has two choices before every rape incident – either to seek help from a qualified person who may be a doctor, pastor or loved one; or to assume himself a dangerous lunatic.

We have to put hands together in the fight against rape or die trying. Humanity will not forgive us for looking the other way when we could have said GET KILLED OR BE SAVED to every animal in a human body.

How then do we kill these lunatics before they strike? Or how do we save them if we must spare their lives?