It is widely known that tea is a very important part of Chinese culture as it can be said of coffee in the western world. Tea consumption in China has remained a daily life practice from the olden days.

Tea is an indispensable part of Chinese culture and is served as a ritual in marriage ceremonies, too. 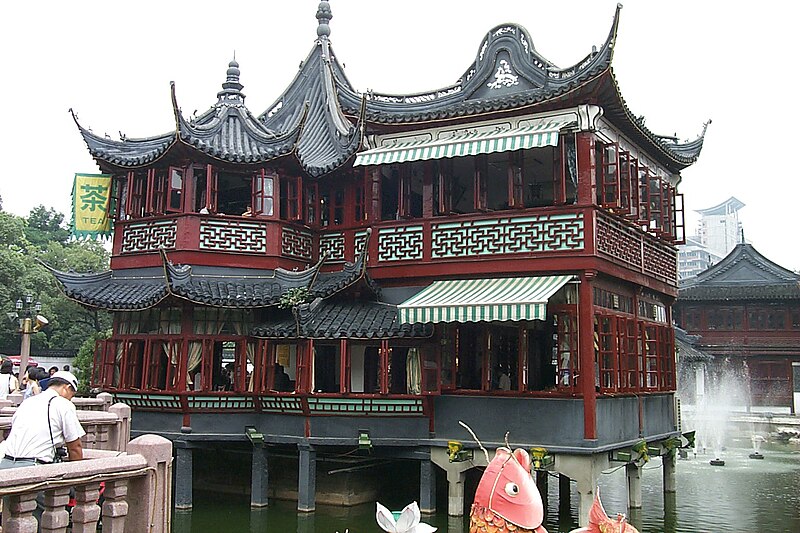 The practice of tea culture can is believed to uplift the human spirit. In it’s extremely close relationship to Chinese culture, tea is without doubt beneficial in enhancing people’s social accomplishments and appreciation of art.

On daily basis, you would find family and friends visit tea shops where they engage in discussions while Mahjong games for entertainment. Shop owners employ beautiful young girls or middle aged women who serve tea to the visitors; the workers may also give other private services if required.

History gave the legendary Emperor Shennong credit as the founder of the original idea of green tea in China about 5, 000 years ago.

The scientist-emperor taught his followers how to boil water before drinking as a hygienic precaution.

In his days, the emperor was visiting a distant land one summer but had stopped to get some rest with his court. As his servants started boiling water for their consumption, some dried leaves fell into the pot causing a brown substance to infuse into the water.

The emperor picked interest in knowing more about the leaves and the brown color in the water, he drank some of it and found it refreshing.

According to the legend, that was how tea became known in China 2737 BC.

As part of Chinese culture, these are different ways tea culture is observed.

Drinking tea：Tea is taken as a beverage to quench thirst.

Tasting tea: The quality of the tea is judged by the color, fragrance and flavor of the tea, the water quality and even the tea set. When tasting tea, the taster should be able to savor the tea thoroughly.

The highest ambit–tea lore : Philosophy, ethics and morality are blended into tea activity. People cultivate their morality and mind, and savor life through tasting tea, thereby attaining joy of spirit.

Chinese tea lore is several hundred years, possibly even thousands of years, older than that of Japan. It is said that Chinese tea lore places an emphasis on spirit and makes light of form. Tea lore had different representations at different historical periods. Teas are also various, but all embody the tea spirit of “clearness, respect, joy and truthfulness”.

There are several special circumstances in which tea is prepared and consumed in Chinese culture.

A sign of respect
In traditional Chinese society, members of the younger generation shows their respect to members of the older generation by offering a cup of tea. Inviting their elders to restaurants for tea is a traditional holiday activity. In the past, people of a lower social class served tea to the upper class in society. Today, with the increasing liberalization of Chinese society, this rule and its connotations have become blurred. Sometimes parents may pour a cup of tea for their children to show their care, or a boss may even pour tea for subordinates at restaurants to promote their relationship; however, on formal occasions, the basic rule remains in effect.

Family gatherings
When sons and daughters leave home for work or marriage, they may spend less time with their parents; therefore, going to restaurants and drinking tea becomes an important activity to reestablish ties at family gatherings. Every Sunday, Chinese restaurants are crowded with families, especially during the holiday season, for this reason. This phenomenon reflects the function of tea in Chinese family values.

To apologize
In Chinese culture, tea may be offered as part of a formal apology. For example, children who have have misbehaved may serve tea to their parents as a sign of regret and submission.

To show gratitude and celebrate weddings
In the traditional Chinese marriage ceremony, the bride and groom kneel in front of their respective parents and serve them tea and then thank them, which is a devout way to express their gratitude for being raised. On some occasions, the bride serves the groom’s family, and the groom serves the bride’s family. This process symbolizes the joining together of the two families.

It could be said that “a cup of tea a day, keeps sickness and diseases away.”

Tea is a way of life in China.