Julian Draxler has completed a move to PSG for an undisclosed fee. The former Scalke 04 player who made 118 appearances and scored a total of 18 goals for the club,  joined Wolfsburg on 31 August, 2015.

The Germany international footballer signed a five-year deal with Wolfsburg, also for an undisclosed fee.

However, Sky Sports confirmed “the German international will join PSG in January for a fee of around £38m,” adding that there’s a great chance “the deal could rise to £41m on appearances.”

According to a report from VFL Wolfsburg’s website, Draxler has been transferred on a four-year deal, pending results from his medical examination.

“We had been in talks with PSG for Draxler and we have now reached an agreement,” the club said.

A report from Marca also confirms the player’s move to PSG will be finalized during January’s transfer window. The two clubs have however reached agreements on the deal.

Draxler first played in the Bundesliga on 15 January 2011 though his team lost 0–1 loss to Hamburg. The debut put him on records as the fourth youngest Bundesliga player ever.

A week later, he started the match against Hannover 96 which ended in Schalke’s favor 1-0. The player then became the second youngest field player after Nuri Şahin to ever start a Bundesliga game. 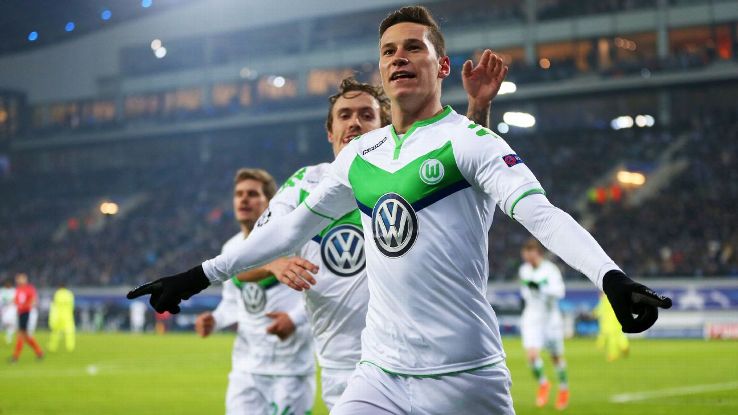 FIFA’s official website describes Draxler as “tall, fast, with a keen eye for goal, and an exceptional talent in one-on-one situations from his regular position as a left-sided attacking midfielder”.