Rihanna was MTV’s queen of the night on August 28.

Drake disappointed fans who had waited until August 28 to see him pop the question to Rihanna onstage, but he left everyone in dreamland.

Almost everything went as planned for the day, except one thing–the thing that would have been the “most important” for the night, not only to Rihanna but for all of us. He failed to propose. And now Rihanna is heart-broken just as we are.

Image shows Rihanna on stage at the 2016 MTV VMAs.

The rapper missed out on accepting his own award for Best Hip-Hop Video because he was stuck in traffic. However, he was on time to present Riri with the “Moonman” [MTV’s Video Vanguard Award for year 2016].

Looking incredibly charming in a tuxedo, the Hotline Bling rapper gushed about the 28-year-old Rihanna and her awesome music talent before, raising our inquisitiveness.

But just when everyone thought that aha moment had arrived, he slapped us on the face with some sort of aww-worthy revelation.

The 29-year-old said: “She’s someone I’ve been in love with since I was 22 years old. She’s one of my best friends in the world.”

Image shows Drake giving his speech before presenting Rihanna with her award.

And so what? The road you’ve walked and the history behind it wasn’t what we wanted to hear. You can tell her that as a bedside story, or wait for the kids to ask later.

Drake then tried to kiss Rihanna on the mouth, in front of a disappointed crowd. Without a diamond ring in hand? No-no-n00! Not acceptable.

Riri, of course, reacted well to the shame. The Barbadian beauty gave him a cheek to lick on. That’s what you get for not being a man. She would have kicked some ass if it wasn’t for the press.

Only In Boston @OnlyInBOS

Wondering if @Drake is about to propose like…#VMAs

I thought drake was going to propose…. I was like #VMAs 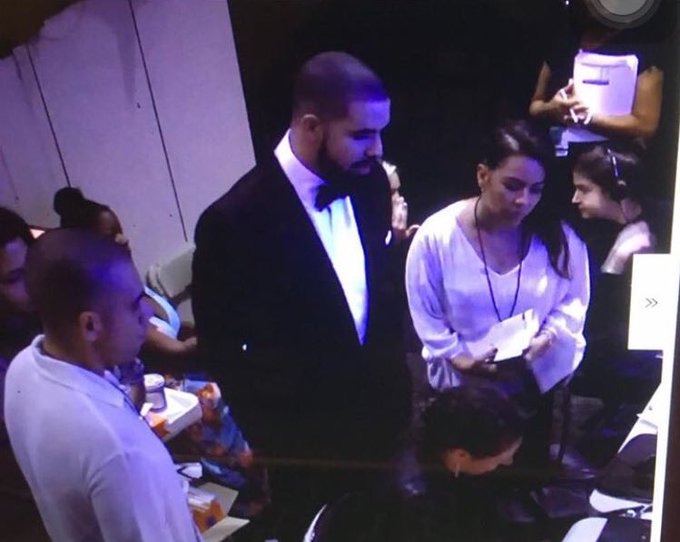 “DRAKE WILL PROPOSE MARRIAGE TO RIHANNA AT #VMAs“

I bet EVERYONE thought that @Drake was about to propose to@Rihanna, because EVERYBODY WANTS THAT, ha! #VMAs

FAM, I THOUGHT HE WAS ABOUT TO PROPOSE TO HER

2 thoughts on “Drake Disappointed Rihanna, And Everyone At The MTV VMAs.”