Thomas Dale DeLay, the Republican Party (GOP) who held the position of House Majority Leader God between 2003-05, says he believes Donald Trump’s election as the next U.S. President was an act of God. 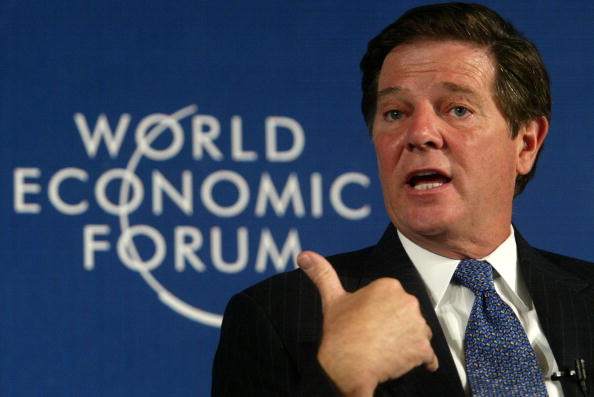 God works in mysterious ways, and most times His plans for us are different from our expectations.

“I thought that this year, 2016, would be a year where God would bring us to a crossroads, where we would have a major debate on the direction of the country: whether we’re going to go to the left, more socialism, more dissolution of the government and the country, or are we going to turn it around and have it go towards God, God-centered constitutional republic.

DeLay, a born-again Christian who was a strong conservative in his days, said he used to see Trump as a man of little faith.

“I don’t know his heart, but he certainly wasn’t living out his faith,” the former congressman said.

DeLay argued that other presidential candidates like Ted Cruz whom he referred to as “a strong, God-fearing constitutionalist,” would have made a better president if chosen. However, he has hopes that God knows better.

“The movement we need now, therefore, is both a revolution of the spirit and soul of America,” DeLay writes in his book’s prologue which tells the story of his Christian life as a politician. The book is titled “Revival! Revolution! Rebirth!”.

“It is revival and reformation, both of which are revolutionary and transformational. America needs a revolution at her core, her very heart,” he said, adding that “the revolution must start inside every American before it spreads to the governmental structures and the society in general.”

“This does not mean there will be a vote to dissolve the nation, but that the acid of worldviews, movements, philosophies, behaviors and policies contrary to godly constitutional government will eat away until America disintegrates.”

“First of all, He stopped the left in its tracks,” the former majority leader said, adding that though Trump may not be the Christian president he had hoped, he’s happy knowing that God will use him.

“He [referring to God] stopped Hillary Clinton and put a man in place that is a strong leader, which the country was begging for, and it didn’t matter what his policies were; people wanted a huge change in the direction of the federal government.

“So now I think I see what God’s intentions were: Here’s a man that basically is a clean slate, and we – ‘we’ being Christian constitutionalist conservatives – have an opportunity to fill in that slate.”

“I mean, look at the people he’s putting around him,” he said.

“It’s very impressive. Mike Pence, Kellyanne Conway, Jeff Sessions and others. It’s really exciting to see him doing that because there again we’re going to have – ‘we’ being strong Christian conservatives – are going to have an opportunity to really turn this country around in a bold way.”