A fourth grade teacher in Georgia has made headlines after posting pictures of skin-tight clothes she wore to classes. The controversy started when “Teacher Bae” shared several #OOTD (outfit of the day) posts to her Instagram page.

Patrice Brown – dubbed #TeacherBae on Twitter, is now referred to as the “sexiest teacher alive”, a title many people think she doesn’t deserve.

Let’s take a look at more of the trending pictures and what people are saying.

That was a response from Bossip, after the pictures started trending. But that’s not all. Netizens criticized the teacher, calling her dress code “inappropriate”.

One person, whose Twitter profile pic shows a curvy woman in a skintight outfit, commented, “DEFINITELY inappropriate if you’re a teacher!!”

It’s pretty simple #TeacherBae looks nice but these are not professional outfits for a classroom. Not about body type or race.

#teacherbae is the hot topic now. Her tight dress is not professional dress. Her body is banging but her clothing choice needs some maturity

That teacher looks good af but her attire is just inappropriate to be teaching a 4th grade glass. Little boys are pervs by like 2nd grade

I see no cleavage, hem to the knee – looks like what we are really criticizing is a body shape

They Don’t Want You To Look Good

Y’all will take any educated, independent woman and turn her into a sexualized object. I’m so sick of this. #teacherbae 2:17 AM – 13 Sep 2016

Brown, who teaches 9-10 year olds, is an avid Instagram user. She regularly posts pictures of her outfits and teaching-related articles.

In reaction to the wide criticisms received on social media, she posted the inspirational quote: “this too shall pass”.

“My only focus is to remain FOCUSED! #TheBiggerPicture.” 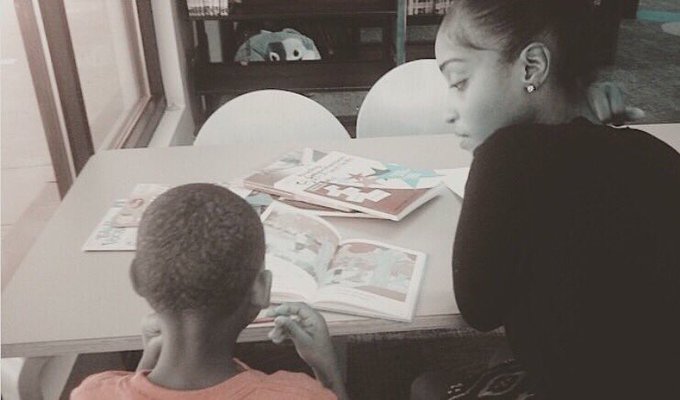 Funny how nobody posted this pic of #teacherbae. The one that matters. You guys are only focusing on the negative.