The Brazilian administrative court has found Barcelona forward Neymar da Silva Santos Júnior guilty of tax evasion. The dreaded Barca forward has been charged for his failure to report all earnings from his numerous lucrative contract engagements. 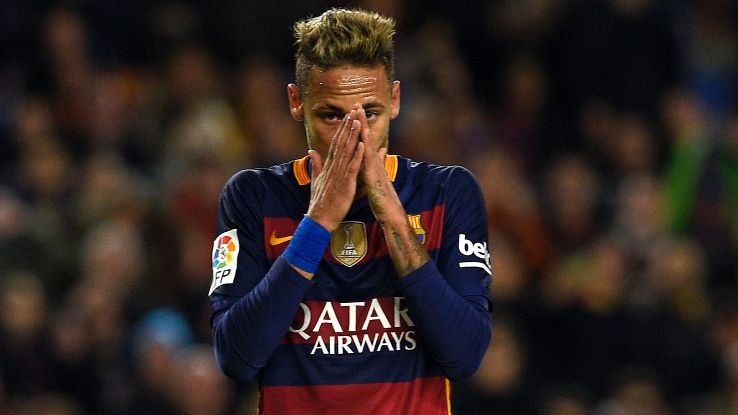 Neymar, the Brazilian was discovered as a footballer with great skills and amazing talents while he played for Santos FC. At 14, most European clubs sought his signatures but he chose to remain in Brazil. His talents were nurtured in Brazil before he made his professional debut in 2009 when he got an invitation to play in the national team. His financial woes started at this time following transactions between Santos FC, the Brazilian national team and later, FC Barcelona.

Santos FC alleges that contract negotiations with Barcelona started as early as 2011 but some payments in honor of the business was made to a Brazilian company owned by Neymar’s father. After the discovery, Santos FC filed court papers to pursue the case.

The court said that though some cash payments were sent directly to Santos, a bigger part of the amount was paid to Neymar’s father for undisclosed reasons which cannot be far from an attempt to avoid reporting the income and evading tax payments.

During the court case in Brazil, Judge Carlos Muta charged Neymar for “omitting sources of income from abroad”. The said transaction took place from 2011 and 2013 and it is believed that FC Barcelona was correctly identified as the source of the funds.

Following the discovery, Judge Muta judicially ordered Neymar to pay 188.8 million reals – about $51.75 million U.S. dollars. Part of Neymar’s assets were also frozen. This amount is considered to be the penalty for his crimes as well as interests and back taxes.

This court judgement isn’t all there is about Neymar’s tax fraud. In another event in 2015 a Spanish Court found that there was enough evidence start a court case over allegations relating to the Santos FC to FC Barcelona transfer saga.

While Neymar and his father have not been formally charged in Spain, the Management Board of FC Barcelona will be tried for cases on tax fraud.

2 thoughts on “Confirmed – Neymar To Pay Millions For Tax Evasion.”