The 2017 Billboard Music Awards event has come and gone but its memories will linger, especially for our beloved music icon Celine Dion, who although looking like a real-life butterfly, was able to mesmerize viewers around the globe.

Yes, we adore her, not only for her melodious voice and how she has gracefully carried herself since losing husband Rene Angelil last year but because we just can’t lie to ourselves.

Some say she looked like the iceberg that sank The Titanic, but many others argue her long-sleeved white gown was angelic, iconic and breath-taking. 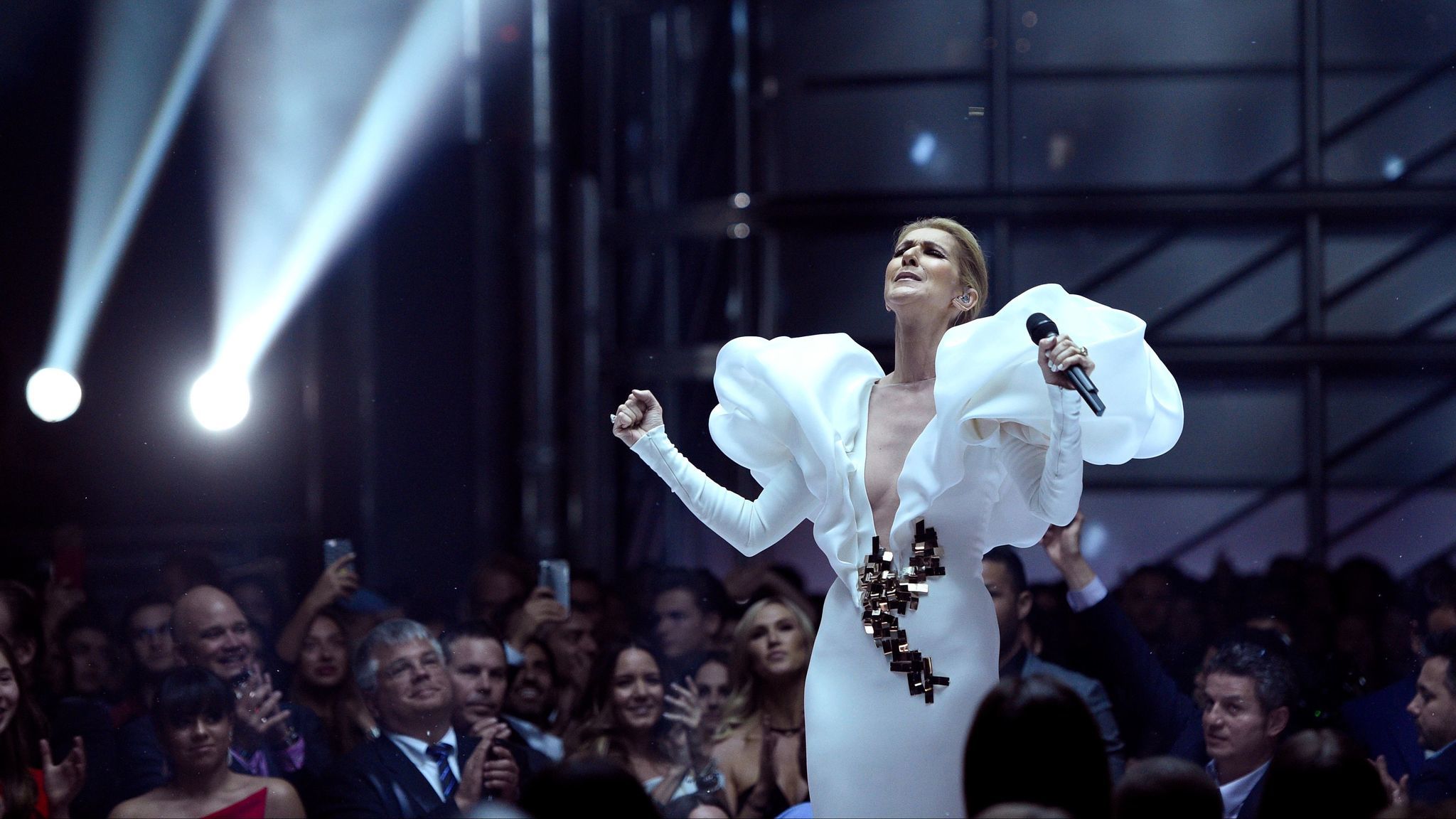 If dresses could talk…

I love Celine Dion like can we not. I live.

“Celine Dion was giving iceberg realness but instead of drowning I was LIVING,” another Twitter user wrote.

The 49-year-old gave a show-stopping performance with her classic song My Heart Will Go On,  and most attendees couldn’t hold back tears at the star-studded event.

Was it the ballad, her husband’s passing or the sweet voice? Dion is simply an angel, and we’re honored to have lived in her time.

Nick Courtois @nickcourtois Celine Dion’s performance just added a year to my life improved my credit score and erased my college debt 2:51 AM – 22 May 2017 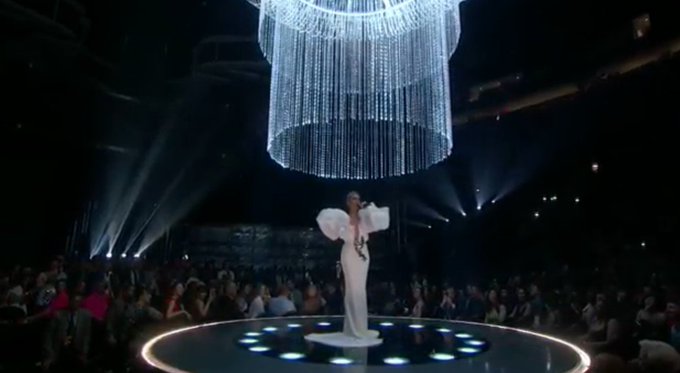 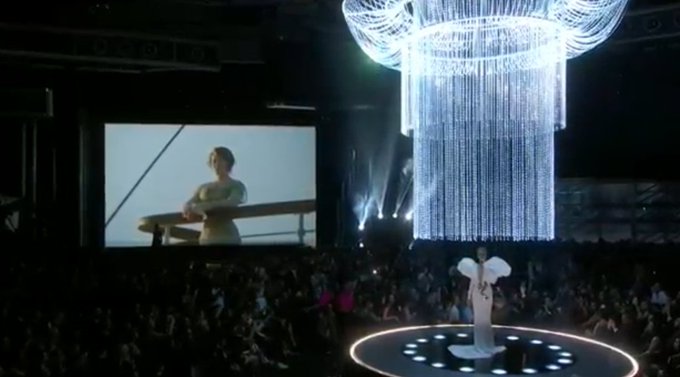