Singles’ Day for the year 2016 has turned into a historical money-spinner for Alibaba, China’s leading e-commerce giant. Every year, 11 November is considered a shopping day all over the country as shops offer varied goods at discounted prices.

Alibaba.com reportedly crashed last night due to the millions of people logged in to make purchases which started at midnight.

Within a few hours in the early hours of Saturday, the online trading outfit had already smashed its own sales records with a $17.8 billion worth gross merchandise volume (GMV), reports confirm.

As of midnight, the tech giant reported that 85 percent of all purchases were for mobile phones and accesories but in the early hours of today, deals on products like Apple, Nike and Siemens were among the top-sellers, it reported.

Local Chinese brands like Haier, Midea and Meizu have managed to attract consumers as well.

Alibaba confirmed that purchases reached its peak within 90 minutes after midnight.

JD.com, VIP.com and Suning, rival e-commerce groups had also offered discounts on clothing, smart phones, travel packages and other goods to attract consumers and extended this idea to Hong Kong and Taiwan.

Singles’ Day in China isn’t considered a national day and no holidays are given.

However, it is widely seen as a make-shift for Valentine’s Day. But companies came up with the idea of offering goods at discounts to attract purchases.

Employees at Alibaba are said to have worked without break for a whole seven days to ensure that millions of customers are served.

The workers are offered free meals and accomodation within the company premises to keep them on the job at this period. 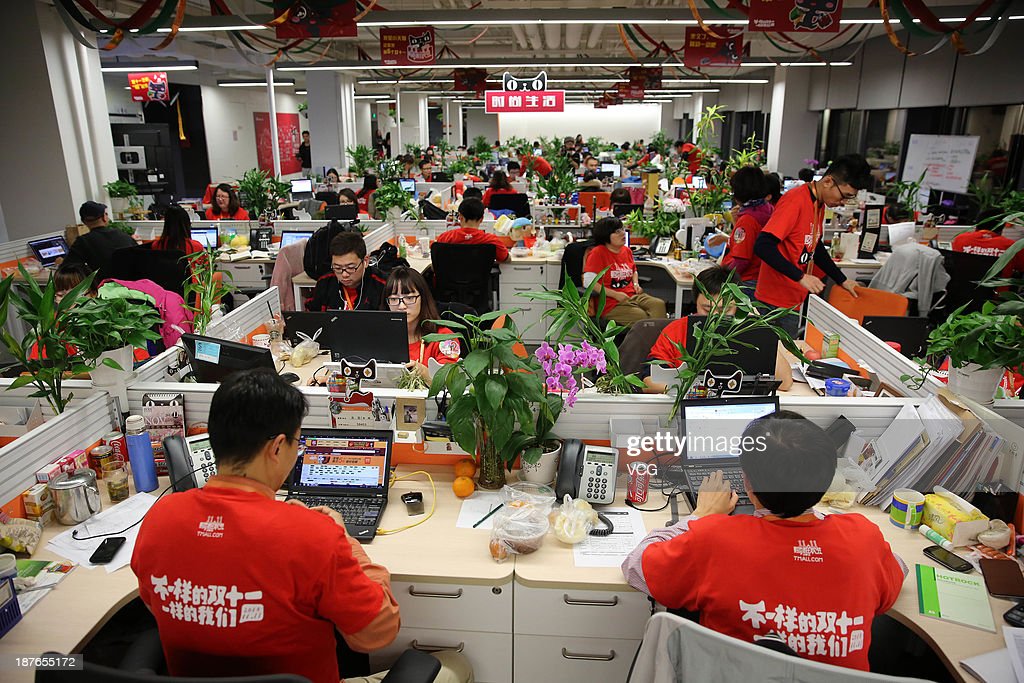 Alibaba Group CEO, Daniel Zhang, who invented the Singles’ Day concept in 2009 when he led Alibaba’s T-Mall business said: “Back in 2013, $5.14 billion was our one-day GMV (gross merchandise volume). Now we can achieve it in one hour.”

Patty Cao, an analyst at Aberdeen Asset Management said that the sale structure “show that Singles’ Day might be the ultimate symbol of how the Chinese economy is changing. Alibaba is a bit of a bellwether for the country’s consumer. China is trying shift the economy away from a reliance on investment and manufacturing towards one driven by consumer spending and services.”

She added: “It’s not been plain sailing. Growth has taken a significant hit. So events like Singles Day are important indicators to feel the pulse of China’s economy.”

He Mei, an employee of a health products company said: “Online shopping is getting more and more common. Young guys, especially those in their 20s, don’t really go out to buy things, and they buy pretty much everything online. It’s so easy and it saves time and money.”

“People in the villages who could not do online shopping now have mobile phones and so can do that.”