An Air Transat A310 plane was due to fly from Scotland to Canada before the pilots were arrested on charges of being under the influence of alcohol at the Scottish airport. The arrests was confirmed at about 1pm Monday.

The two pilots were reportedly prepared to fly a transatlantic passenger jet from Glasgow to Toronto, Canada.

The involved plane, Air Transat A310 is said to have accommodated up to 250 passengers on-board awaiting take-off before the disgraceful incident.

Reports confirm that concerns were raised about the two men’s (aged 37 and 39) behavior by airport staff.

Charges filed against the gentlemen say both were “impaired through alcohol” before they were due to take off at 1pm.

Court hearings has been scheduled at Paisley court later today, according to reports.

“Police Scotland can confirm that two men aged 39 and 37 years have been arrested in relation to being allegedly impaired through alcohol under the Railway and Transport Safety Act 2003,” the force said in a statement.

The flight has been rescheduled to depart today, but a large number of disgruntled passengers chose to express themselves on the social media.

Thanks @airtransat for extending my vacation to Scotland by a day. Glad I don’t have anything to do at home or anything #sarcasm

According to the Canadian airliner’s spokesman: “Air Transat has learned of the arrest on July 18 of two crew members assigned to its Glasgow-Toronto flight.

“We will await the results of the investigation and judicial proceedings before commenting on the matter before making any further comments. The safety of our crews and passengers is, and will remain, a top priority at Air Transat.” 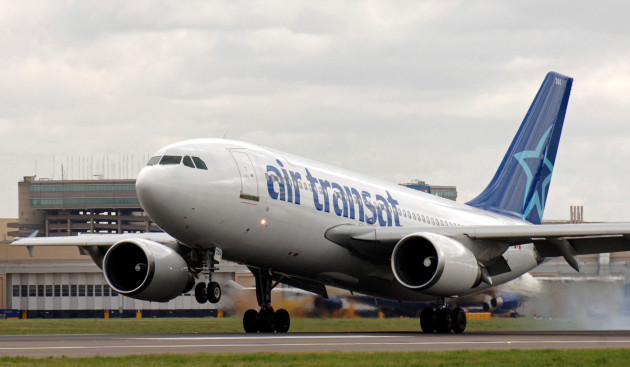 Toronto resident Nick Davis tweeted that he had been “Ignored all day by @airtransat”, while @sdp0313 tweeted: “TS725 22 hr delay. Thinking the op issue was more of a staff issue, police involved, why? Answers plz @airtransat.”

Apologizing for the delay to Sean Brown, who had been on holiday in Scotland from Ontario, the airline tweeted “for operational reasons we have no choice”.