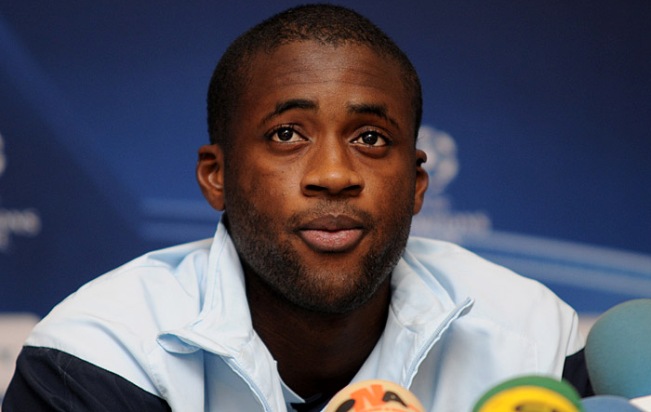 Reports confirm that the Ivorian player may be out of the Etihad sooner than expected if the recent outbursts from his agent is not wisely handled by the City's management.

His agent Dimitri Seluik hinted that Yaya Toure could possibly, without any remorse due to the constant provocation suffered, invoke a FIFA clause and buy out his remaining contract so he can leave Manchester City for good.

The powerhouse midfielder is currently in his final year of the existing contract and there’s no negotiation yet on his future.

The former Barca star is said to have trained a few times with the club in recent times and the coaching staff isn’t missing him at all – at least, they haven’t complained.

Manchester City sure has a good replacement for him but it’s sad that he should leave in anger after all the outrageous returns on investment (ROI) made possible in the few years he has dedicated himself to the services of the club.

This is simply an ungrateful way to say ‘Thank You’.

The 32-year-old superstar has so far scored a lot of match-saving goals for the club.

In the Champions League quarter-final against Paris Saint-Germain, the midfielder was not selected in the starting line-up though he has fully recovered from the knee injury he suffered. It is therefore, very clear that there’s fire on the mountain.

Reports say the four-time African Footballer of the Year (2011, 2012, 2013 and 2014) has lost the club’s patience at the Executive Board so the neglect could be a planned action aimed at frustrating the Ivory Coast’s pride – it is working as expected.

Yaya Touré aspired to be a striker during his youth and has played as a center back for FC Barcelona in the 2009 UEFA Champions League Final.

However, he has spent the majority of his career as a box-to-box midfielder for club and country. He is regarded as one of the world’s best players.

Yaya began his playing career at Ivorian club ASEC Mimosas, where he made his debut aged 18. His performances attracted attention from Europe giving him contracts with Beveren, Metalurh Donetsk, Olympiacos, and AS Monaco before moving to Barcelona in 2007.

He played over 100 matches for the club and was part of the historic 2009 Barcelona side that won six trophies in a calendar year.

In 2010 the player moved to Premier League club Manchester City where he scored a number of key goals for the Citizens – most notably the only goals in the 2011 FA Cup semi-final and final. He also helped City earn its first league title in 44 years.

For four to six months at a time, I would barely eat. I lived on a diet of Melba toast, carrots, and black coffee.