Janet Jackson miraculously gave birth to her baby boy at the age of 50, but while everyone is excited for the famous singer and her Qatari husband, the Jacksons aren’t that impressed for a reason.

It’s no secret that a successful music career from both Jane [full names Janet Damita Jo Jackson] and her brother, the late “King of Pop”, transformed their the Jacksons to a “Royal Family of Pop”.

Of course, the Jackson family is happy for one of their own who is currently in her third legal marriage.

However, the fact that Janet and her husband Wissam Al Mana chose “Eissa” as their boy’s name isn’t acceptable.

Eissa is a another name for Jesus [in Arabic] but that’s not the only problem. The “Together Again” singer has made a decision to raise her child as a Muslim.

Janet’s parents – Joseph Walter and Katherine Esther Jackson – are devoted Christians. And as devout Jehovah’s witnesses, they think their daughter is backsliding in her faith.

“…They are all happy that the baby is healthy and that there were not any major complications because of her age,” a close source to the family told Radar Online.

“They are upset because Janet and Wissam are planning to raise their child as Muslim.

“Joe and Katherine are devoutly religious and she knows how much it hurts them that she is going to raise Eissa in a religion that is different from their own.”

Janet and her billionaire husband have plans to give their son a life away from the prying public eye.

“Janet wants to keep Eissa out of the public eye completely,” the insider said.

“She and Wissam are obviously going to give their son an amazing life with all of the wealth in the world, but they do not want him to be subject to public scrutiny because of the religion that they have chosen for their son.” 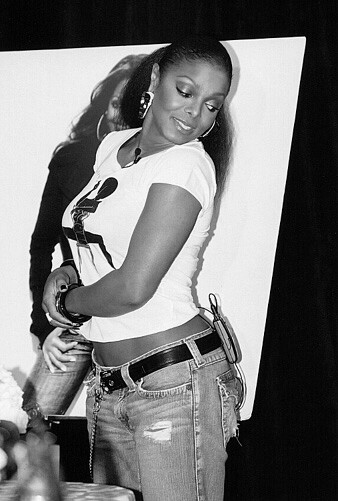 Janet Jackson started performing on stage at the age of 7.

The Jackson family is an American family of singers who originated in Gary, Indiana. They shot to limelight as “The Jackson 5” and solo artists from the late 60s.