Her full legal name is Tallulah Belle Willis. She is an actress born on February 3rd, 1994 in Los Angeles, California, USA. Tallulah is the daughter of the famous artistes - Demi Moore and Bruce Willis. She has other four siblings. Walking in the footsteps of her parents, Belle hasn't done badly in the movies. She is known for her roles in Bandits (2001), The Whole Ten Yards (2004) and The Scarlet (1995).
She started winning big time on the internet when her nude pictures went viral in 2015. Slowing down is not in her agenda at the moment. 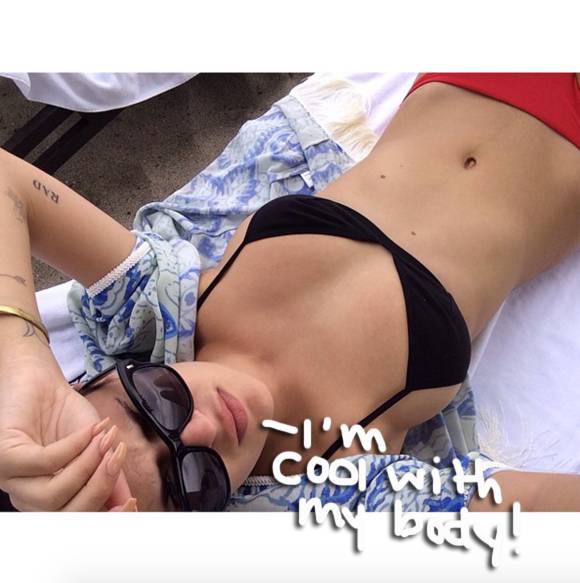 She joined hands with Miley Cyrus in Free The Nipple campaigns.

As her elder sister Rumer Willis said: “I’ve actually been so impressed and blown away by her strength and her openness and willingness, not only to move past things but also to share herself with other people.”

Truly, being a celebrity and having famous parents like Bruce and Demi isn’t so easy but she’s dealing with the pressures. The good thing is, she’s not bothered.

The pretty young girl is taking the world by storm and nothing can stand in her way. She cares less about showing her “assets” in public.

In the picture below, she pulled up her dress for photographers when she noticed them taking pictures of her. She was like, “come on, let me show you more of me”.

Enjoy your life, Belle. We only got one chance to live.

45 Comments on Tallulah Willis Doesn’t Care What You Think About Her Nipples And Bums.

Human beings want to be free and however long they may agree to stay locked up, to stay oppressed, there will come a time when they say 'That's it.' Suddenly they find themselves doing something that they never would have thought they would be doing, simp