Tunisia’s interim finance minister, Fadhel Abdelkefi, told local radio today that he was resigning over a conflict of interests case in which he has been fined and handed a suspended prison sentence.

Abdelkefi is a key member of Prime Minister Youssef Chahed’s government, which is under pressure to carry out contentious economic reforms demanded by international lenders and cut its budget deficit. 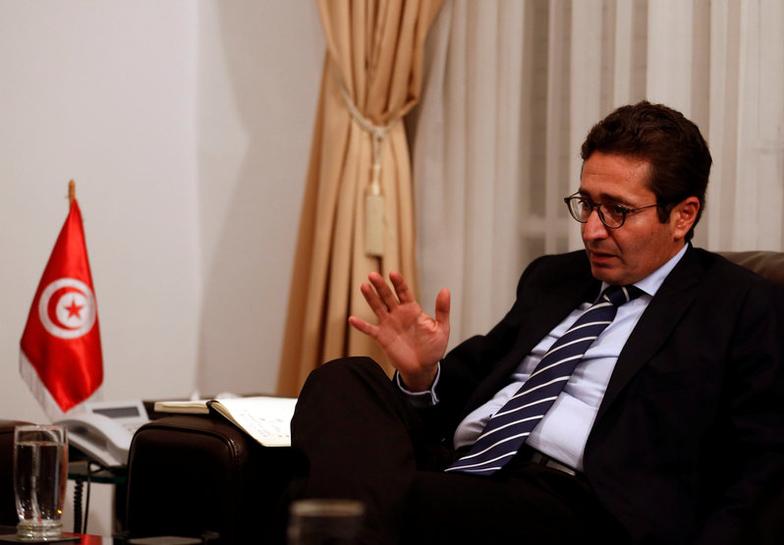 Announcing his resignation, Abdelkefi told Tunisia’s Mosaique FM that he wanted to defend himself as an ordinary citizen, not a minister.

He said he would continue in his post until an expected cabinet reshuffle.

Abdelkefi will face a judicial hearing on 4 September.

Chahed told reporters shortly afterwards that he had accepted the resignation but had asked Abdelkefi to stay in post until a replacement was found.

Abdelkefi had been serving since last year as minister for development, investment and international cooperation in Chahed’s government.

He became acting finance minister in April, replacing Lamia Zribi who had faced criticism from political opponents over the sharp fall in the Tunisian dinar and slow progress in economic reforms.

Tunisia’s economy has struggled in the six years since the uprising that ended Zine El-Abidine Ben Ali’s autocratic rule, suffering from labour unrest and high unemployment.

While Tunisia has been praised for its democratic progress, successive governments have failed to push through painful reforms needed to overhaul public spending.