World famous golfer Tiger Woods has tendered a public statement on his recent DUI arrest, saying it was an ‘unexpected reaction from prescribed medication.’

His explanation was made public within 15 hours after he was arrested in Jupiter, Florida, last Monday.

The 14-time major champion was held in custody at Palm Beach County Jail but left off the hook barely three hours after the incident.

“I understand the severity of what I did and I take full responsibility for my actions,” Woods said in a statement Monday evening.

“I want the public to know that alcohol was not involved. What happened was an unexpected reaction to prescribed medications. I didn’t realize the mix of medications had affected me so strongly.”

The 41-year-old apologized to friends, family and fans, adding that he ‘s ready to work with the authorities as investigations continue.

Here is a screenshot of Woods’ statement: 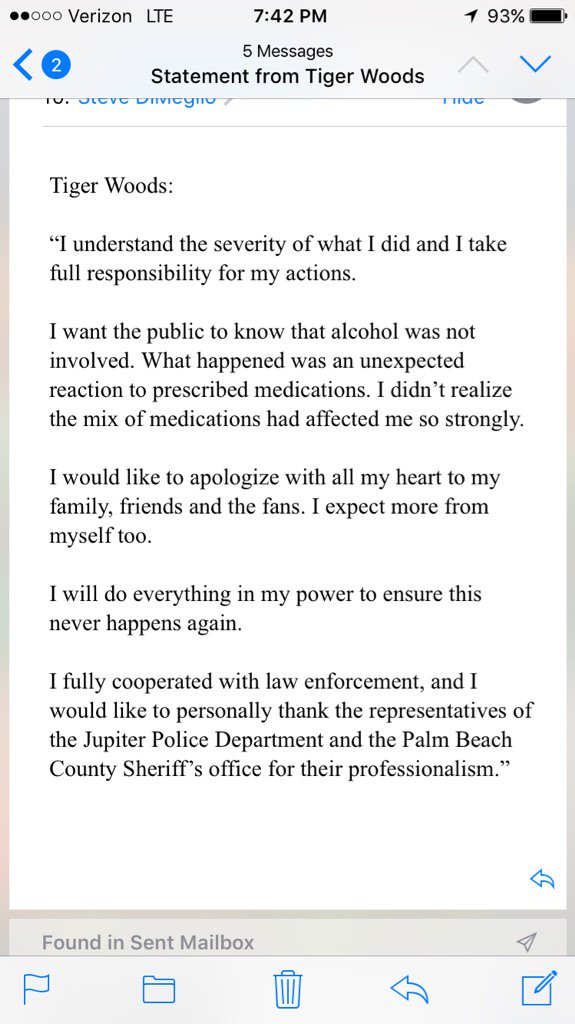 2 thoughts on “Tiger Woods blames medications for his DUI arrest”