Image: The kid in the image was beheaded by the terrorists on charges of assisting the Syrian government forces.

TEHRAN (FNA)- The terrorist, who beheaded a 12-year-old Palestinian boy on charges of assisting Syrian government forces in Northern Aleppo on Wednesday, was killed in the Syrian Special Forces’ raid in the Northern farms of Aleppo city, informed sources confirmed Saturday.

“The Syrian Army troops, tipped off by intelligence agents, found out the hideout of a group of Nouralddeen al-Zinki movement in al-Malaah region and stormed their position, killing several terrorists, including the man who decapitated the Palestinian boy,” the sources said.

A video showed on Wednesday that Nouralddeen al-Zinki Movement, named by the US as a moderate group, arrested, tortured and severely executed a very young boy on charges of cooperating with the Syrian government forces.

A video released by militants near Handarat refugee camp showed that the terrorists of Nouralddeen al-Zinki tortured a kid on charges of assisting Syrian soldiers and beheaded him in front of the people over a truck.

Nouralddeen al-Zinki is affiliated to the Free Syrian Army which receives US financial supports as a moderate group.

The Takfiri group has been using US-made TOW anti-tank missiles in Aleppo battlefields. 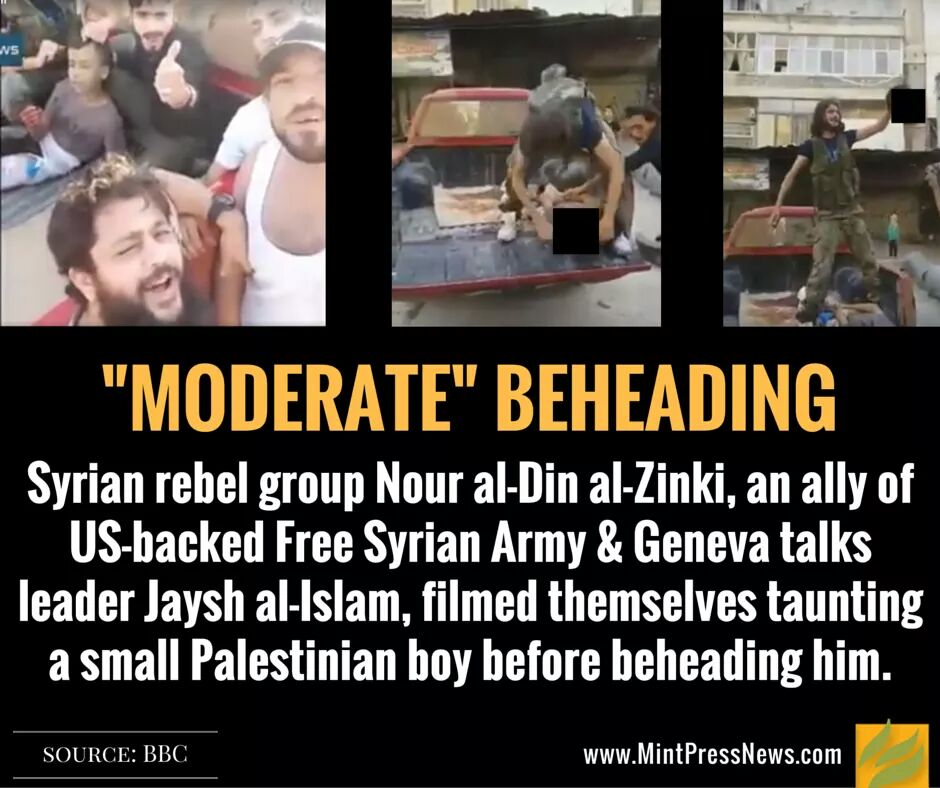