Sissoko has publicly expressed his wish to leave Newcastle following their relegation to the Championship and the player is reportedly holding talks with Real Madrid on a possible transfer.

However, Newcastle United boss Rafa Benitez who’s also a former coach with the Spanish giants says interested clubs should hurry up with reasonable offers or forget about signing the midfielder.

Benitez admits Newcastle have no need to sell Sissoko who impressed at Euro 2016 where France finished as runners-up, adding that Madrid or any other interested club should not wait until deadline day on August 31 to make a bid.

Former Liverpool and Madrid boss Benitez confirms that a move for Sissoko becomes increasingly unlikely with every passing day, with Newcastle reportedly demanding a £35 million fee if they are to sell.

Meanwhile, Sissoko has repeatedly made it clear that Madrid are his favored destination, but it’s not yet clear why the Spanish club are delaying to make an offer.

“If someone thinks if they will wait until August 31 it will be easier, I can guarantee them it will be more difficult,” Benitez told BBC Sport.

“If someone wants to come, they have to come now with the right offer and we will analyse that. If not, he is still our player and he carries on working hard.

“Every day will be more difficult because we are happy with him and we don’t have to sell.” the Coach said at a Press conference on Friday, the Newcastle Chronicle reports.

“The priority for us is to be sure he’s fine, he’s ready, and if we need to use him in the next games, he has to be available.

“If someone wants to come, they have to make the right offer as soon as possible, or it will be impossible.”

Benitez also advised his highly-rated player Sissoko not to publicly ask for bids from other clubs considering that he has three years left on his contract at St James’ Park.

He added: “I told Moussa we know how things work in modern football and that is not the right way.

“I said, ‘You are a professional, you are our player, I rate you very highly and I like you as a person – keep working hard and let other people do their business’.” 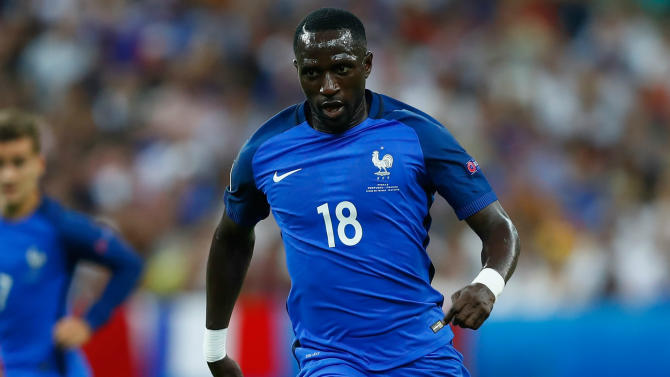 The advice from Newcastle coach comes in the aftermath of Thursday’s interview between Sissoko and the BBC where the player said: “I hope Real will come for me, I’m still waiting.

“If Real Madrid are interested in you then of course you will be happy, but right now I am still a Newcastle player.”

Good luck to Newcastle midfielder Moussa Sissoko but he’s starting to sound desperate: “I hope Real will come for me. I’m still waiting.” 12:47 AM – 13 Aug 2016

The Frenchman’s future at Newcastle has aroused speculations since the Magpies were relegated from the Premier League, and Real Madrid are one of many clubs that have shown interest in his services, media reports confirm.

However, J. L. Calderon and Chris Winterburn reported that the 2015-16 UEFA Champions League winners have never had a desire to bring Sissoko to the Santiago Bernabeu.

2 thoughts on “Sissoko: ‘I Wish Real Madrid Will Come For Me’.”