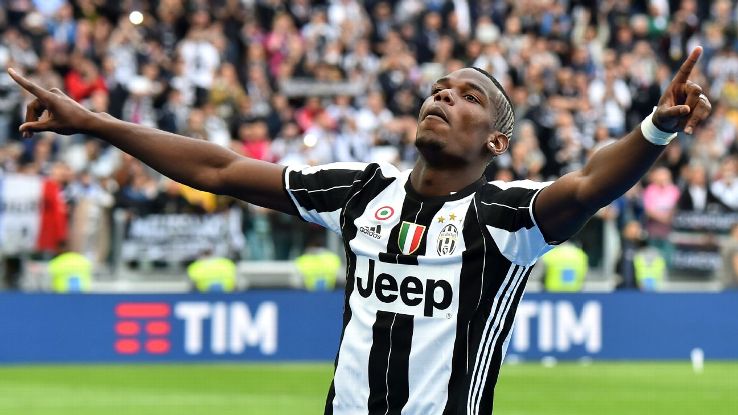 Manchester United are gradually taking their rightful place in English Premier League with the list of new signings–Paul Pogba, Zlatan Ibrahimovic, Eric Bailly and more– that have graced Old Trafford this summer.

While Pogba is yet to complete his transfer, many players and legends who have had something to say about the former Juventus midfielder, especially the England captain Wayne Rooney who stands tall above all in truth.

The Red Devils captain told Daily Mail the only thing he remembers about the France international footballer. In his words:

“I hope he is going to want to return to United and prove he’s a top-class player. If he is excited to play for us, we’ll be excited to have him back.

“I’m sure he’ll feel there is unfinished business, and it would be a very big statement by the club if they can make it happen.

“He was one of those players who, when you trained against him, somehow he would just hurt you. A knee in your side, bump into you, I don’t think he meant to do it, but it just happened.

“You didn’t even need to get into a tackle. Just go next to him and you’d find an elbow or some other sharp bit. So, if he comes, I’m looking forward to that again!

“But he had great ability, some of the things he could do, and he’s gone up a level since he left us.”

Pogba, 23, left United when his contract expired four years ago and signed for Juventus. At that time, he received a compensation payment of around £800,000, ESPN confirms.

The report says he’s close to signing a contract valued at €120 million which has been agreed on by both parties, though other reports say agent Mino Raiola has denied any deal is in place–for now.

You can never say Hallelujah until it’s done, in other words.

Image: Paul Pogba waves to fans in the U.S. following news of his imminent return to Manchester United.

In Mourinho’s very first press conference as United boss, he made it very clear that Wayne Rooney would not be playing in midfield while he was in charge.

But now it seems the club has more strikers that’ll make it impossible to try a change of plan. Sharing a place in the midfield with Paul Pogba won’t hurt the humble captain.

However, ‘The Special One’ knows he has assembled the best team in the world and nothing short of victory will be acceptable this 2016/2017 season.