Anthony Martial has reportedly stopped following Manchester United on social media–in an expected reaction–after the club disrespectfully gave out his iconic No. 9 to legendary Zlatan Ibrahimovic who just signed for the club.

As the Red Devils prepare for 2016/2017 season, some eagle-eyed sports writers who have been following the player on Twitter, Instagram and FaceBook were quick to notice Martial posted this picture.

The 20-year-old France international footballer posted an image that shows Wembley stadium in black and white, with him wearing Manchester United’s home kit. Of course, he had his former shirt number on it.

Most fans and football lovers believe his action was a sign of distaste for his coveted jersey number which has been forcefully taken away for the pleasure of Ibrahimovic.

What Fans Are Saying:

There are rumors that Anthony Martial’s jersey number was given to the Swede star without prior consultation–a sign of disrespect which would provoke even a perfect gentleman.

Martial is currently on his summer vacation in Greece, and all Mou could do with Ibra is kick the Frenchman from behind. 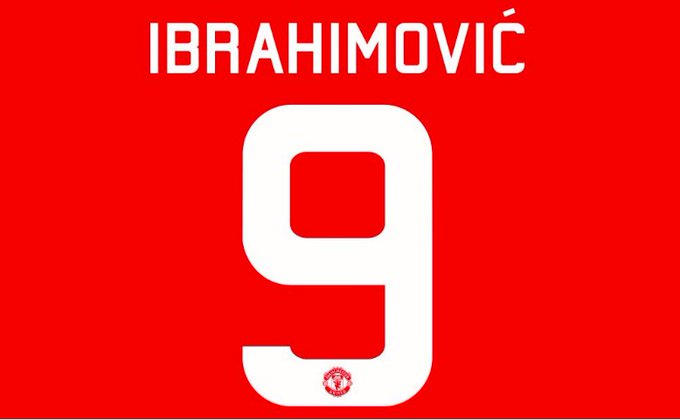 The story of how Zlatan Ibrahimovic took the #9 shirt from Anthony Martial http://www.101greatgoals.com/news/story-zlatan-ibrahimovic-took-9-shirt-anthony-martial-rmc-sport/ …

One thought on “Man Utd Star Anthony Martial Loses His Iconic No. 9 To Ibrahimovic, And War Just Started.”