Jimmy Feigen, the fourth US swimmer in Ryan Lochte‘s infamous “Rio four”, has given an official statement on the role he played against Brazil police. 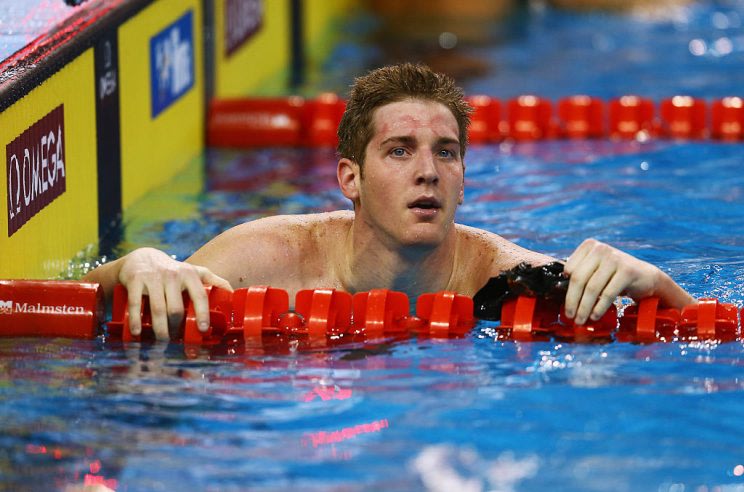 The four swimmers raised a false alarm on an alleged robbery at gunpoint–by some men with police badges, and their claims remained a hot topic for the past 2 weeks.

However, with the nightmarish hoax having reached its climax, Jimmy is helping to demystify the strange night events at a gas station in Rio, Brazil. His account is the same as those given by the other 2 swimmers: Jack Conger and Gunnar Bentz.

He said:  “We pulled over to a gas station to use the bathroom but the door was locked.

“We did not force entry into the bathroom, nor did we ever enter the bathroom. We did, however, make the regrettable decision to urinate in the grass behind the building.”

Urinating on the grass around the area was prohibited and the US swimmers sure knew it was wrong, but they did it after all. Jimmy admits that was one thing they did wrong. Their problems with the authorities started from that.

He continued: “On our way back to the cab, Ryan Lochte pulled a poster in a metal frame off a wall.

“I got back into the cab and waited for the others. One of my teammates told me that a man with a gun was standing outside the cab.

“As I walked away, the man with the gun pointed it at me and my teammates and ordered us, in Portuguese, to sit. This was the first time I have ever had a gun pointed at me and I was terrified.”

Feigen and Bentz ended up paying for the destroyed poster.

Feigen explains that he was severally interviewed by the police in Brazil whereas fellow athlete Ryan Lochte was recounting his own “version” of the events involving a dispute at a gas station ten days ago.

As things got worse with the media’s attention on the matter, Feigen was given two options by police either stay put in Brazil for a month while the case is thoroughly investigated, or pay a fine of roughly $31,500 to get his passport back.

Feigen and his attorneys protested that fee, and Brazilian officials responded by raising to almost $47,000.

Although his seized passport was released after the payment, media analysis described the fluid financial negotiations as lacking credibility, arousing speculations that the Rio police may have twisted the truth to suit their own side of the story.

“I was able to contact my family in the United States along with my American attorneys and we were able to satisfy the payment of the fine the next day,” Feigen said. “My passport was returned to me after payment was received, and I was able to return home.”

Feigen admitted that he had to tell some lies in order to cover up what Lochte had said in his statements.

“I omitted the facts that we urinated behind the building and that Ryan Lochte pulled a poster off the wall,” he said.

“I realize I made a mistake by omitting these facts. I was trying to protect my teammates and for this I apologize.”

The story continues but it’s as good as settled since Ryan Lochte has already been punished by official sponsors who must have learnt the truth of this matter a long time ago.

According to USAtoday.com, a witness, Fernando Deluz, who served as an intermediary when he saw security guards draw a gun on the swimmers, also says he understood the dispute to be only about the sign.

“I asked (the gas station employees) what was happening. They said, ‘Hey, the gringos broke a sign and peed here,’ ” Deluz said in an interview with USA TODAY Sports. He added that employees spoke to him only about damage to a sign and that he thinks the athletes were in the wrong, trying to leave the scene of damage without offering compensation.

As new details of the encounter continue to emerge, legal experts in Rio say the security guards’ actions merit an investigation, claiming they might have broken Brazilian law by threatening the swimmers with guns as they demanded payment.

The crime experts point to arbitrary exercise of personal force, or vigilante justice.